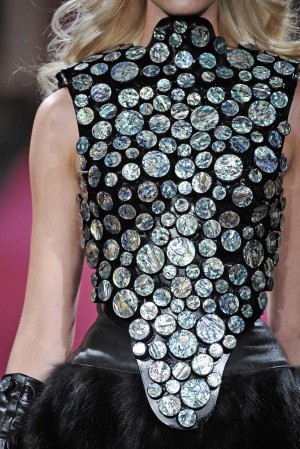 DALLAS & PARIS, Apr 19, 2010 / FW/ — Though Lie Sang Bong entitled his Fall 2010 collection “Inner City Life”, the collection which was graphic, futuristic, even militaristic has elements of the galactic Amazon that has been a favorite among designers for some time.

Taking elements form the medieval knights, Lie Sang Bong created “armors” that are actually wearable, even functional. Made of fiberglass, these modern day armors are decorated with circular mother-of-pearl buttons or prints that had been etched in the fiberglass.

Cummerbund belts made of the same fiberglass materials, even helmets, gloves and wristbands. And, the pièce de résistance, the Inuit goggles that is both futuristic and primitive at the same time.

With the collection being originally inspired by a ribbon, one would have expected it to be girly and soft. Instead, Lie Sang Bong’s muse turned out to be a galactic Amazon, even Barbarella. Pink was supposed to be feminine, but in this scenario, pink became the color of biker chic.

And the best part of all, though this is just my imagination, Lie Sang Bong touched on one of the most memorable sci-fi stories of all time – Dune. It was written in 1965, but it is as relevant today as it was 45 years ago.

I see the same thing for this collection. Seasons will come and go, and probably new silhouettes will be introduced. But this Lie Sang Bong collection is for history books and we will always look back to this one no matter how far we go into the future. 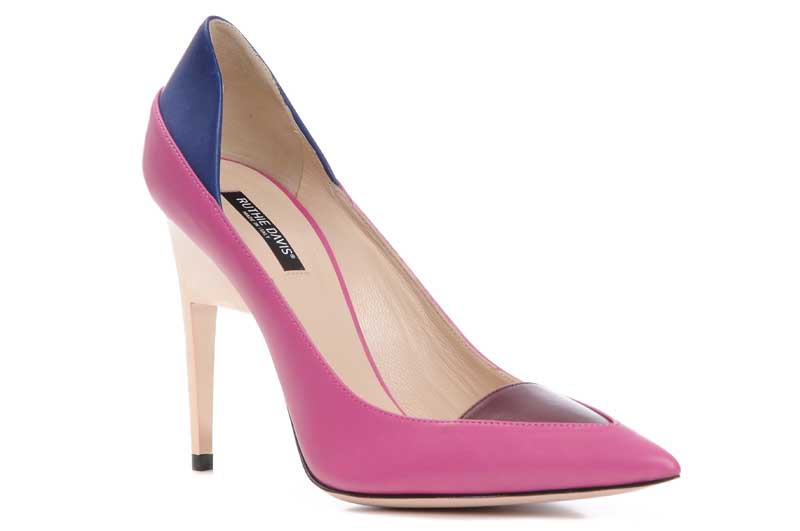 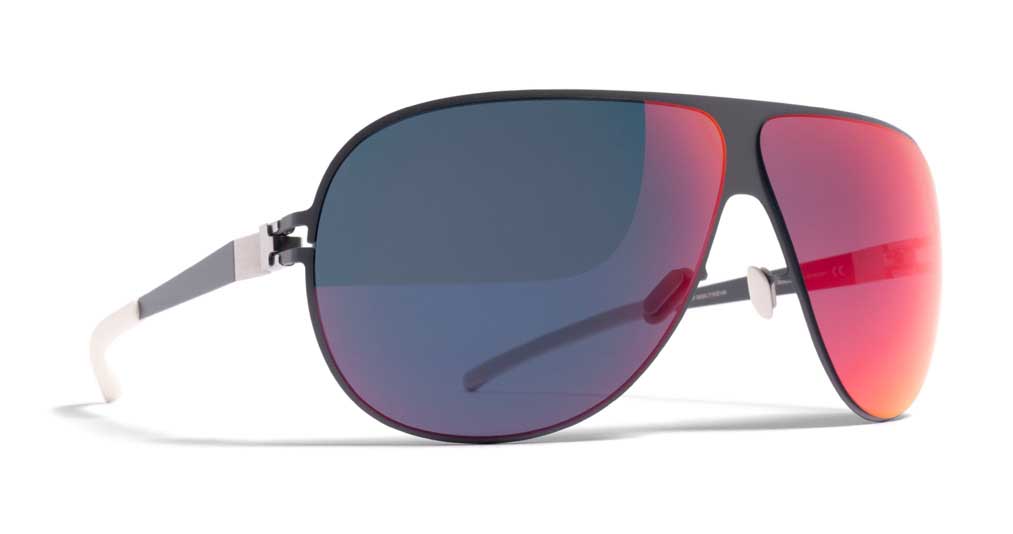