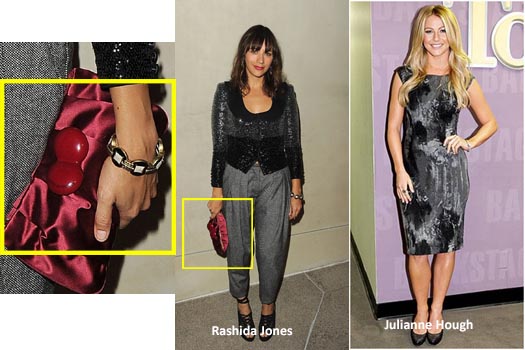 DALLAS, Oct 13, 2011/ FW/ — The cool fall weather has celebrities out and about beginning with Julianne Hough who was spotted in Los Angeles on October 10th wearing L’AGENCE’s Cap Sleeve Dress in Black/Silver from the Holiday 2011 collection at The Tonight Show with Jay Leno.

Reality-star Kourtney Kardashian kept up the hot handbag trend of the season in New York sporting her black Stella & jamie ‘Sim’ handbag. Kardashian paired her ‘It’ bag with riding boots and a side swept braid during a family outing to a NYC park with boyfriend Scott Disick and the couple’s fashionable tot Mason.

On Monday night’s episode of “Gossip Girl,” Blake Lively carried a Nancy Gonzalez purple crocodile handbag in one of the scenes.

And last but not least, songstress Rihanna wears Fall/ Winter 2011 Opening Ceremony pointed collar sleeve dress in camel camouflage on the cover of her new album, “Talk That Talk.” 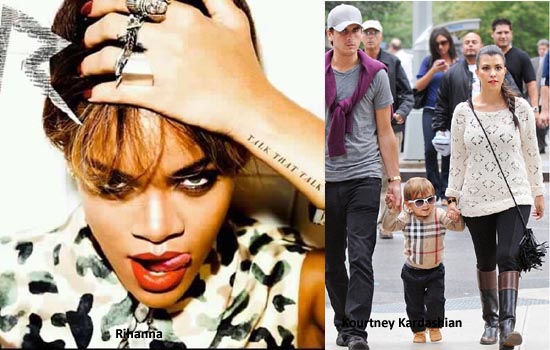 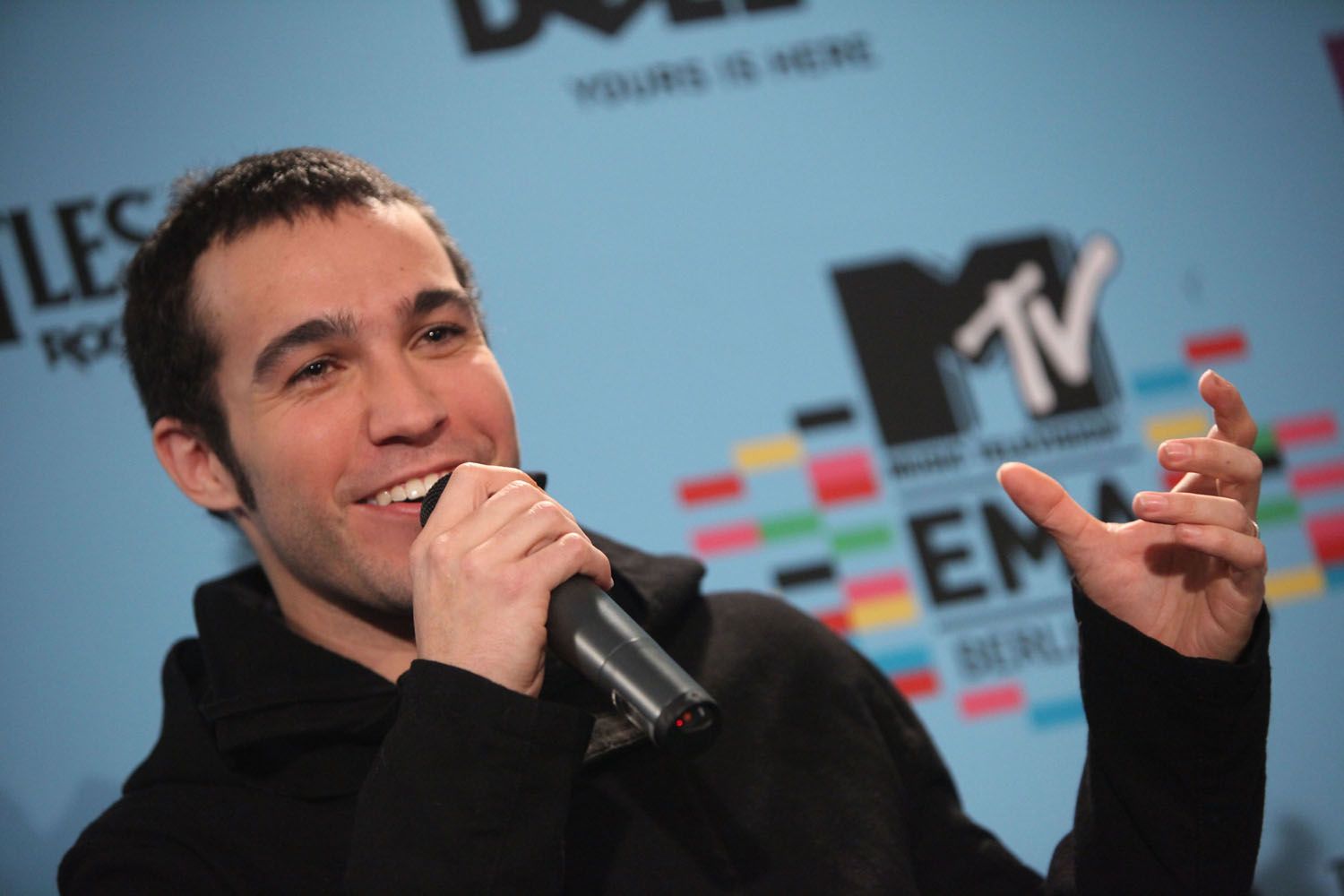 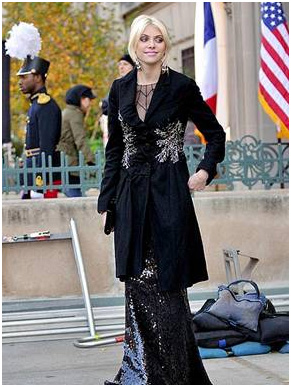 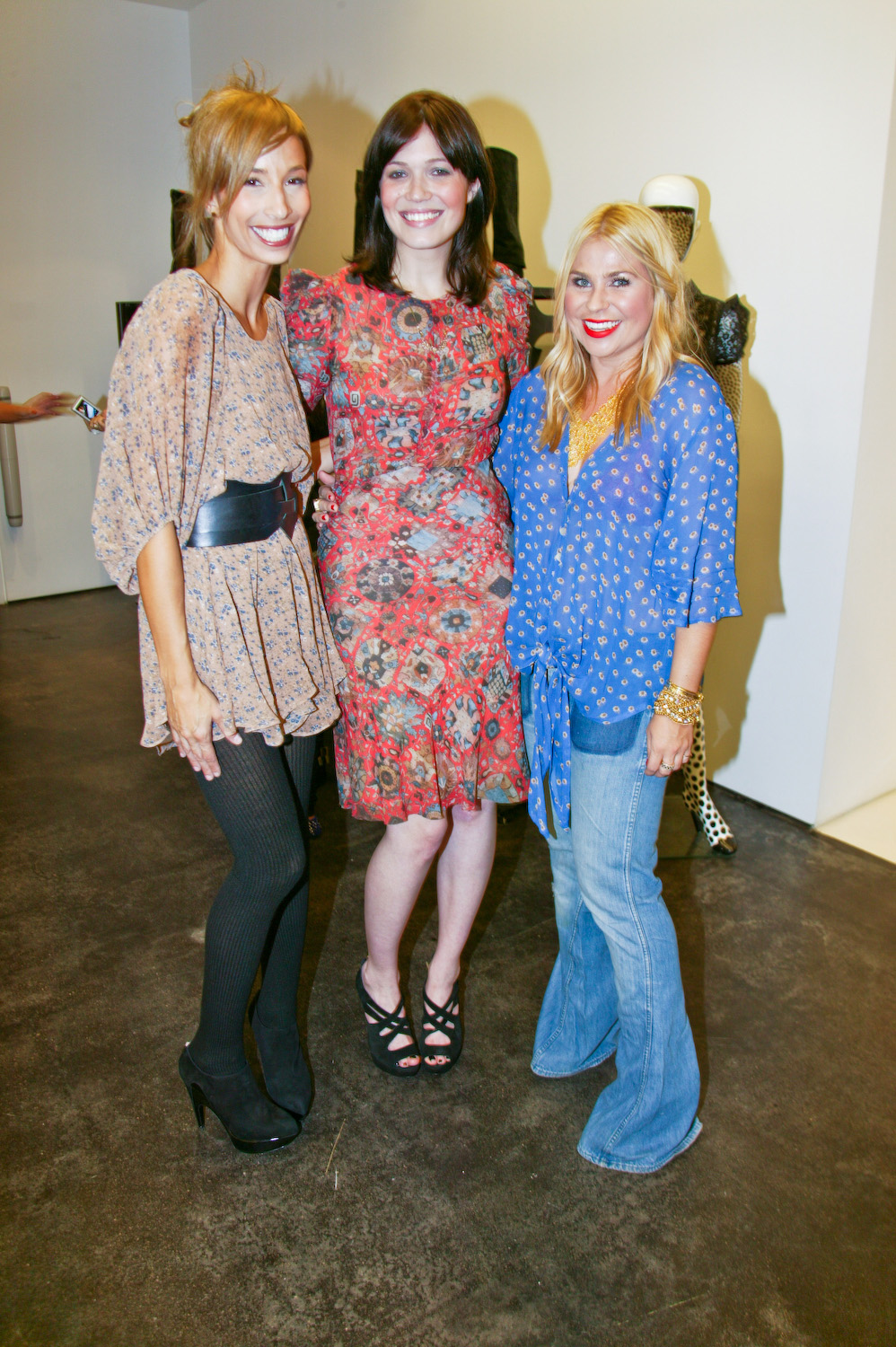