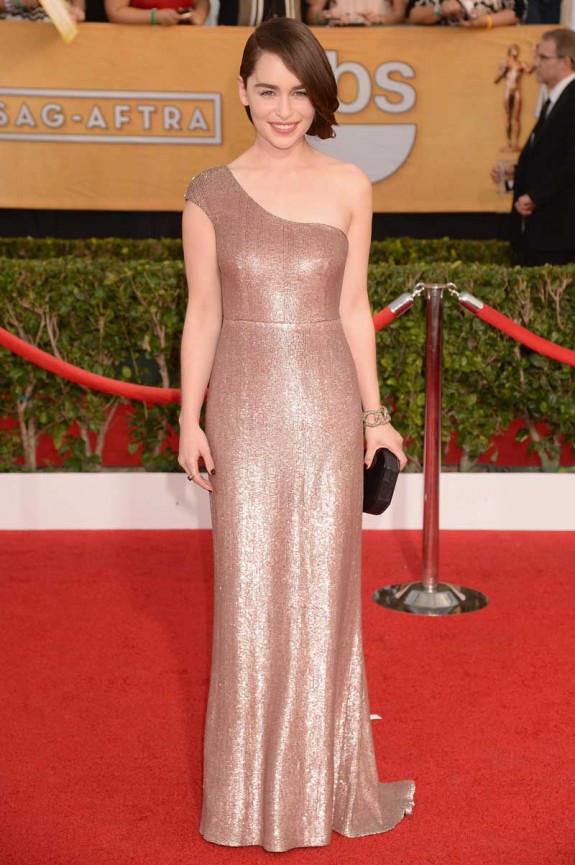 Ms. Clarke, whose series Game of Thrones is nominated for Outstanding Performance by an Ensemble in a Drama Series, wore a rouge metallic beaded dress, designed by Francisco Costa, the brands’ Women’s Creative Director.

Each of the men’s looks was designed by Italo Zucchelli, the brands’ Men’s Creative Director. 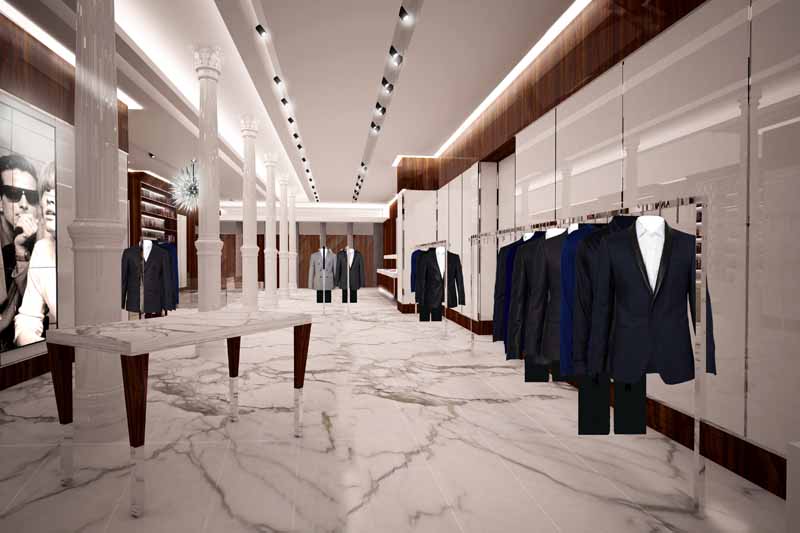