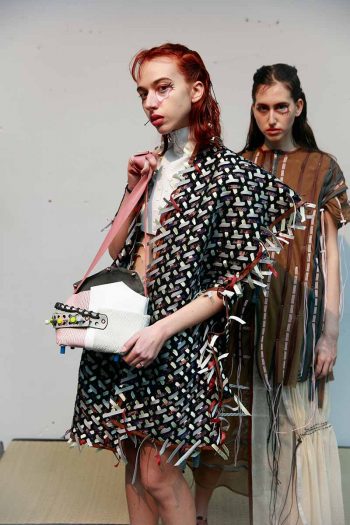 PARIS FASHION WEEK/ — Quoï Alexander Autumn/Winter 2018/19 is a continued exploration on how clothing manifests without sewing, a tradition more than 20,000 years old.

His purpose is to go back to a time before sewing. To allow the evolution of new construction techniques to affect the designs. Throughout history, the resources and tools utilized by a culture affect its aesthetic. If certain elements or tools are improved or removed, artistic values adapt simultaneously. This is the central concept he is exploring with his work.

Quoï Alexander strives to work within a process that rejects references in order to achieve a look of unique singularity. Pushing himself to create something he has never seen before each time. It’s the main reason why he doesn’t sew.

This collection is all about the fragmented pieces, pieces of ideas. They can be isolated or mixed to create unexpected elements together. The collection contains many a half garments such as one pant leg or one half of a jacket. This allows for more versatility and makes new clothing that is yet undefined through language. These clothes bring a new thought process when dressing ourselves because language is so critical in identity.

With this new collection also came the creation of a new language. The symbols and writing embossed onto the clothing which seem to have meaning are actually meaningless. They have no significance to anyone and they further distance the designs from references to specific languages or cultures.

Quoï Alexander is a Paris-based interdisciplinary fashion designer originally from California, USA where he studied Fine Arts at Idyllwild Arts Academy. Continuing his education in the arts he moved to London to study Fashion Design Womenswear at Central Saint Martins. Quoï’s graduate collection was recognized as one of the top five collections by Vogue UK, Dazed and Confused and i-D Magazine.

Quoï gained experience at Alexander McQueen, Sonia Rykiel and Chanel before starting his own brand, He is one of the Designer’s Apartment’s selection from the Fédération Française de la Haute Couture et de la Mode. Last year, he was invited by Li Eledelkoort to take part at the Anti_fashion conference in Marseille. 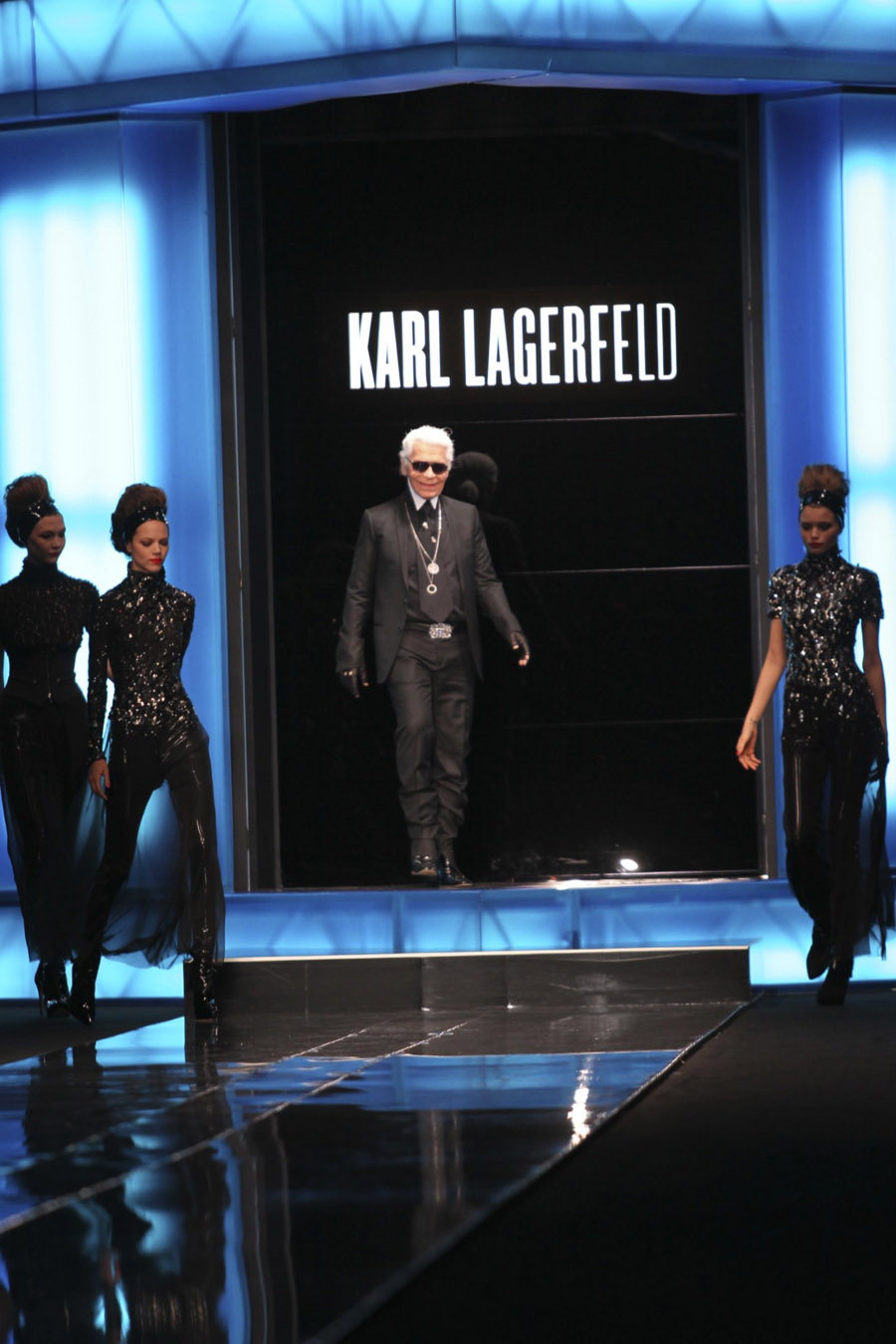 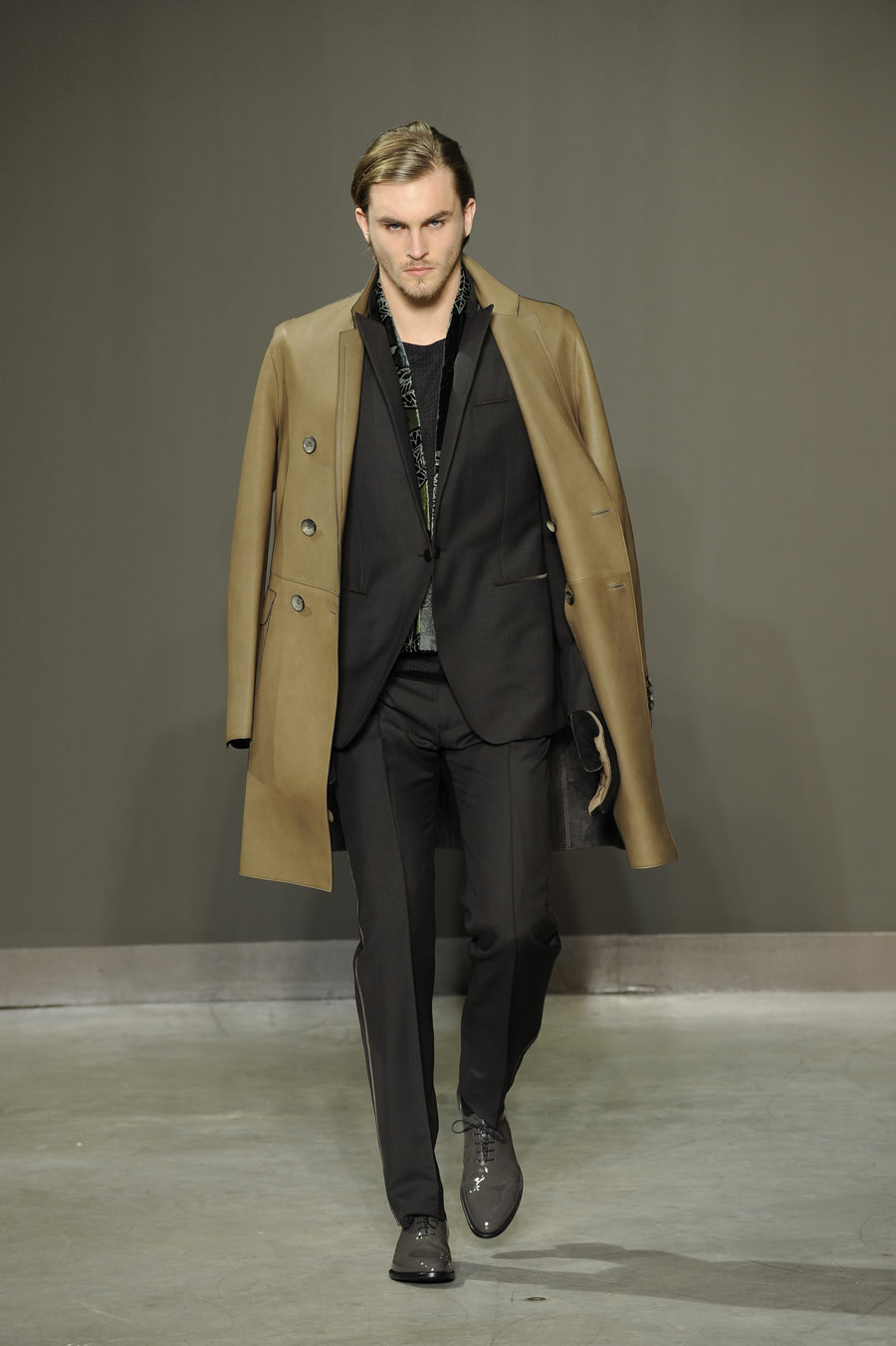 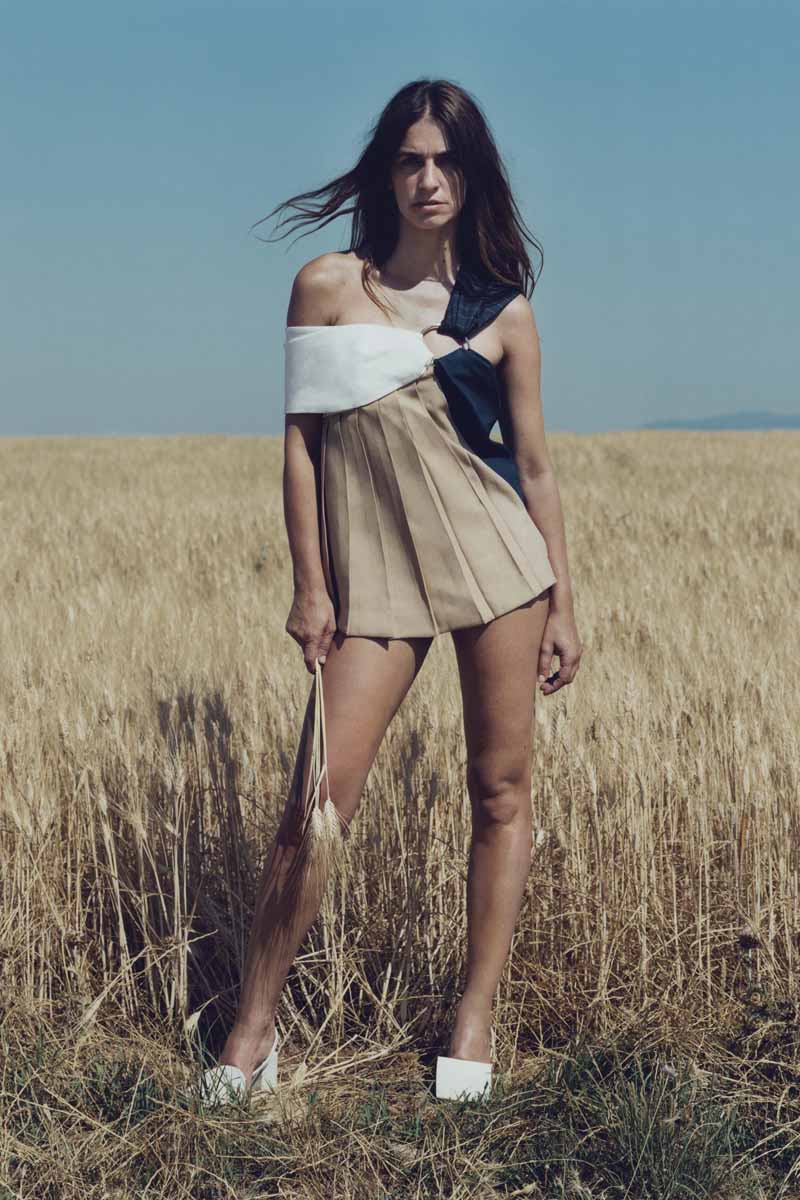