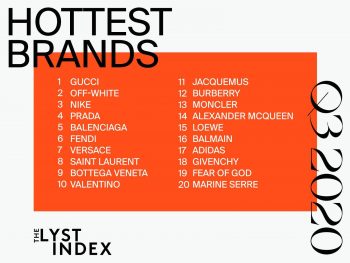 Between fashion week in disarray,  brands-gone-rogue,  promises of renewal and woke-washing of all kinds to ride the latest progressive waves,  2020 has made us forget that,  first of all,  fashion is spectacle.

Data has emerge from a leading  research platform in the fashion world,  that shows how luxury consumers have remained interested in fashion and ready to buy items from those brands capable of “breaking the surface” with bold digital events.

The two brands that most advanced were Gucci and Prada, at number one and fourth respectively, were also the ones that presented media-anticipated collections with digital events with enormous resonance.

Since 2019 Gucci has not soared to the top of the ranking of the most sought after brands in the world – a result obtained at the expense of Off-White™,  now back in second position.

After the presentation of the Epilogue collection in live streaming in July, views around the world exceeded 35 million – becoming the most viewed digital event of the brand ever and recording a 52% increase in searches on an annual basis.

The same goes for Prada’s SS21 collection: with over 10,000 viewers in live Instagram alone and more than half a million views on YouTube in the first three days of publication and now reaching 2.2 million in less than a month.

The rest of the brands in the ranking remained more or less stable, although the slide of Burberry that rolled from eighth to twelfth place, as well as that of adidas from thirteenth to seventeenth place.

Fendi climbs from ninth to sixth place by ousting Saint Laurent, Givenchy reappears in eighteenth position, Fear of God rises by only one step and, at the bottom of the ranking, makes for the first time his appearance Marine Serre, who climbs ten positions and becomes the fastest-growing brand of the quarter.

Both Fendi and Givenchy received a lot of notoriety after the announcement of the two new creative directors, Kim Jones and Matthew Williams; Fear of God presented a collaboration with Ermenegildo Zegna this year, while Marine Serre, driven by the endorsement of Adele and Beyoncé, saw her crescent moon print shirt become the second most sought-after female item of the quarter, with a 426% increase in searches. 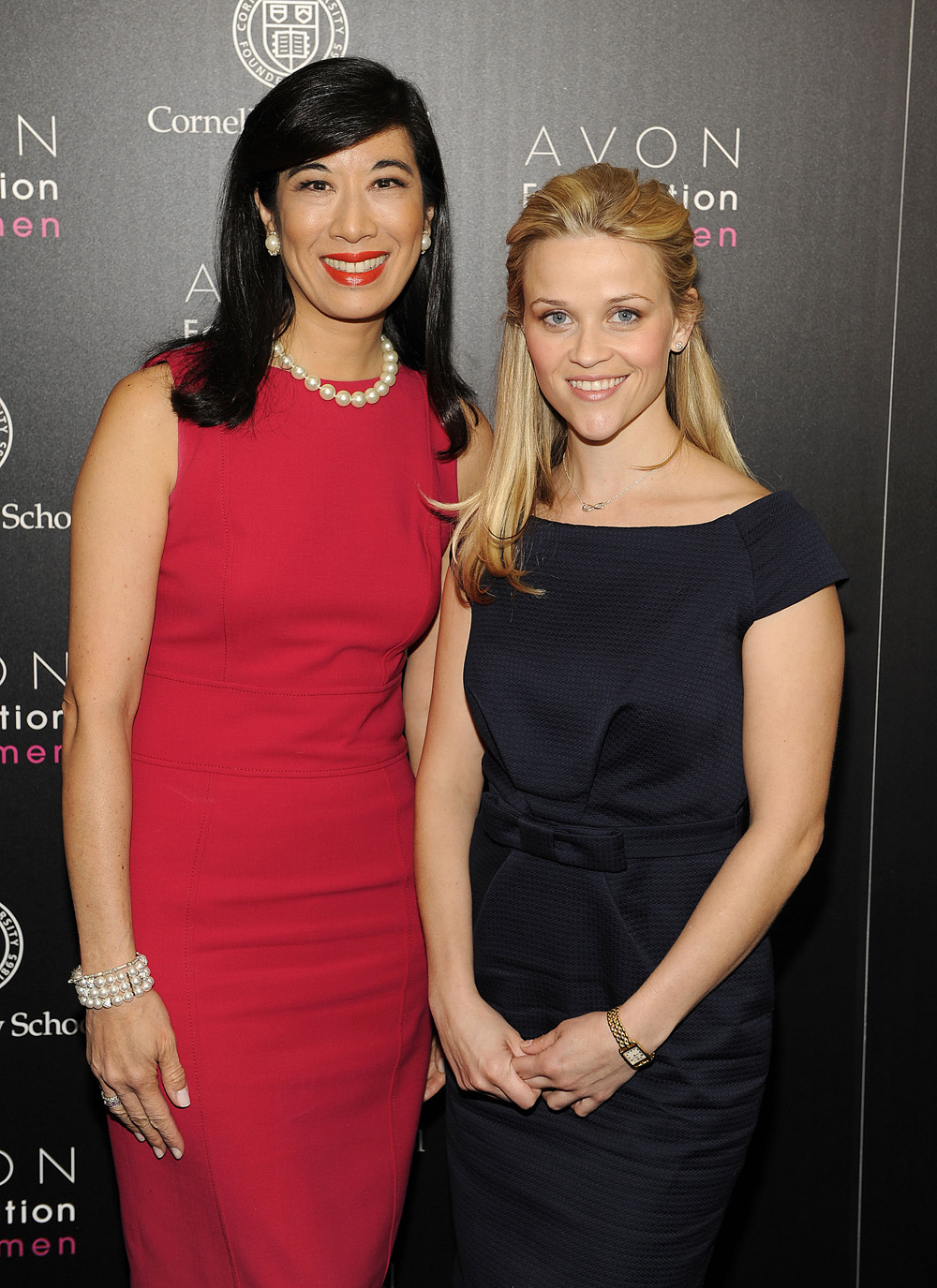 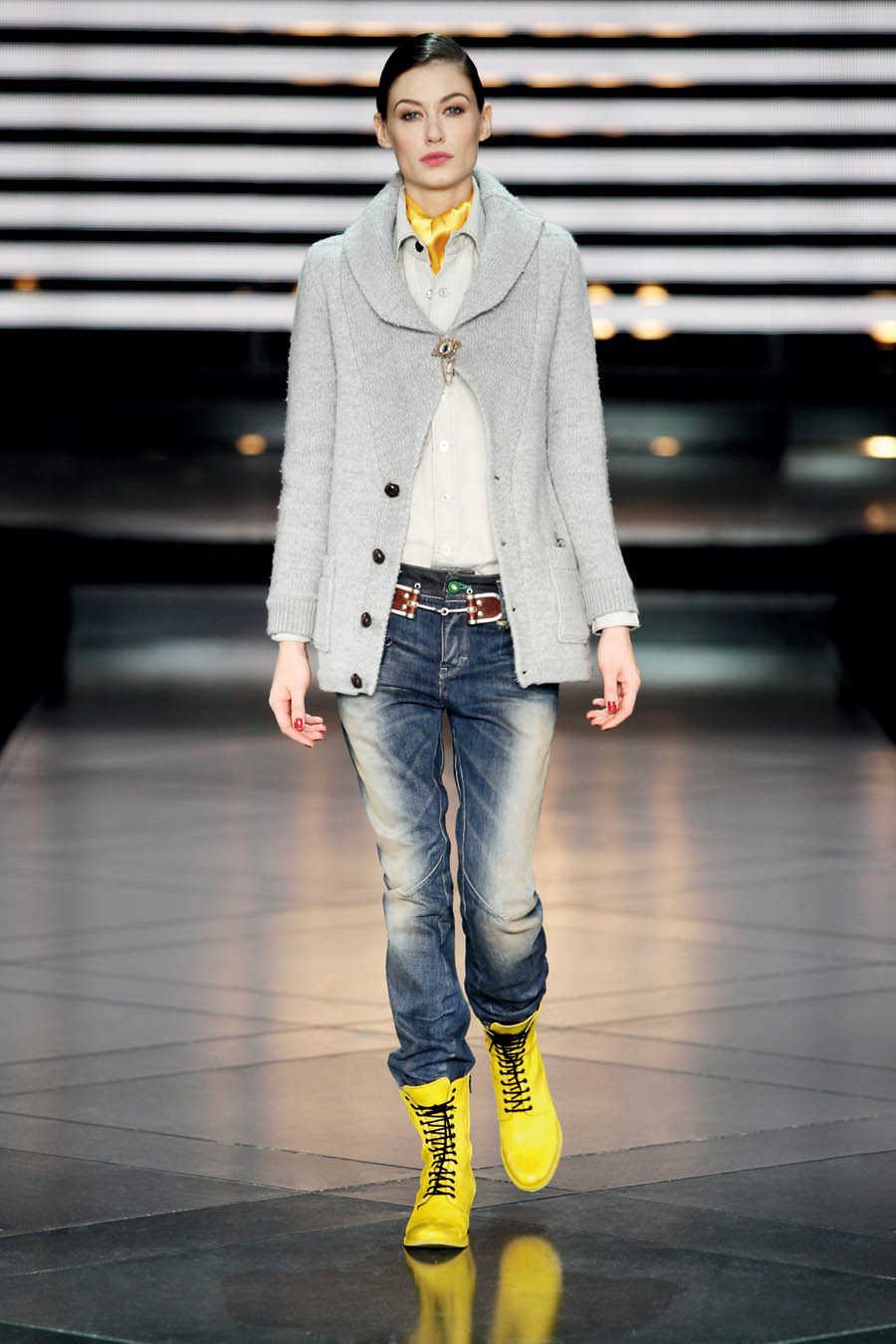 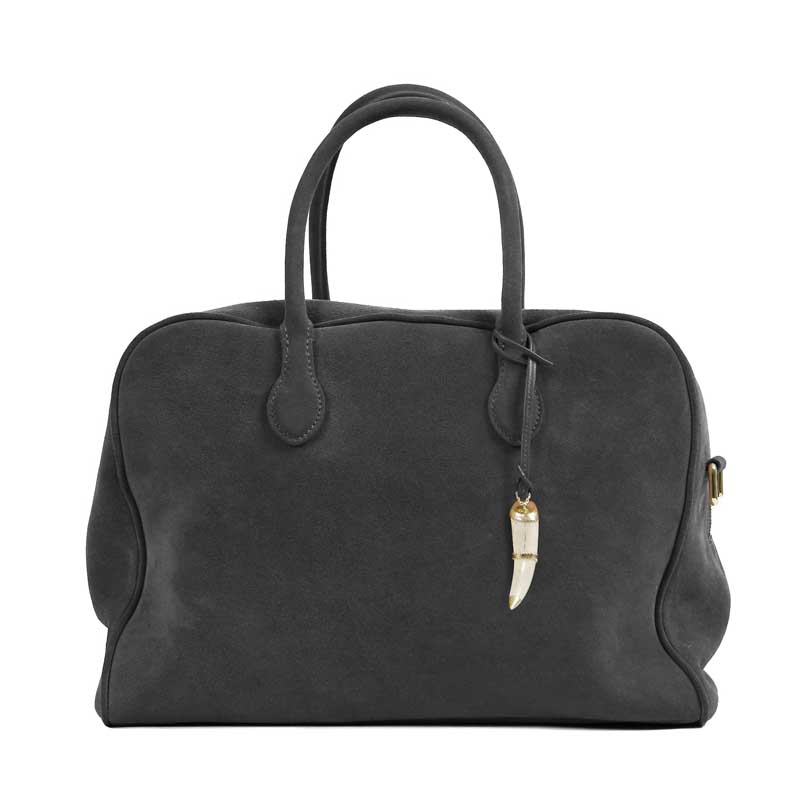