DALLAS, Mar 7, 2008 / FW/ — For those who has not tuned in yet at NBC on Thursday nights, there is a new fashionista show, ‘Lipstick Jungle’ starring Brooke Shields, Kim Raver and Lindsay Price. The storyline is good and the clothes are great, yet one gets the feeling that the producers and ad executives believe that the viewers are fashion zeros.

But, before we go to that, let it be said that Candace Bushnell, the one who penned ‘Sex & The City’ has another hit in her hand. ‘Lipstick Jungle

’ is based on Bushnell’s bestselling novel with the same title. While Sex & The City is finding true love, Lipstick Jungle is about finding oneself.

The storyline is engaging, especially if you are a fan of the CSI franchises (like this fashionista), watching something wherein one does not have to figure out whodunit is actually refreshing.

Yet, while the fashion adverts in all CSI, be it in Las Vegas, Miami or New York are subtle like what was done in Sex & the City, it is blatant and almost to your face at Lipstick Jungle. They actually tell you where and how to get the look! In short, the TV show is a glossy!

C’mon, as Americans we are bombarded with advertising 24×7. We are even used to the 30 sec or 60 sec spots on television. But, to be told every 15 minutes on what the characters are wearing in terms of clothes and make up and where to buy them, plus the ‘sponsored by’ mention at the end, it is too much.

Though this might be an exaggeration, but the ‘where and how to get the look’ being so blatant is almost an insult to the viewers’ intelligence. We all understand that it is through advertisers that the networks make money; but please don’t rub it in our faces and pretend that it is fashion advice.

Except for the ‘fashion advice’ section, Lipstick Jungle is actually a good show and I strongly recommend it. The show even gives good tidbits of information, like tonight’s episode, wherein Victory Ford played by Lindsay Price explained that clothes are not protected by copyright because it is not considered a work of art.

Entitled ‘Dressed To Kill’, the episode revolved around Victory Ford’s designs being stolen by her former assistant and sold to another designer, who in turn made them into clothes. Because fashion designing is not considered an art, Victory Ford cannot sue the other designer for ‘copying’ her designs.

Now, this is very interesting. Assuming that the scriptwriters did their homework and that is actually the law here in the U.S., France has a very different point of view in the sense that the French Supreme Court ruled that runway shows are works of art and protected by copyright. And these divergent views are actually a good topic for another blog. 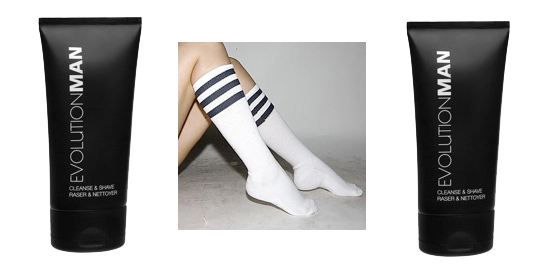 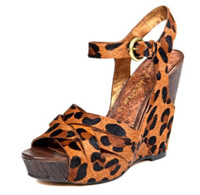