PARIS, Oct 5, 2008 / FW/ — With depressing news about the U.S. economy on the headline of European dailies, it was hard to feel optimistic but Ann Demeulemeester easily put a smile on her audience’s faces with her neo-romantic silhouettes for Spring 2009.

Giving a new take on her signature use of black and white, the Belgian designer sent out a Hellenic mini dress that was artfully swathed around the model’s body, then unevenly layered, thus giving it volume and shape.

It was also proposed with a black underskirt, which might have been called a voluminous ‘slip’ a long time ago. But we are past wearing half-slips; hence, an underskirt would be a better choice of word.

Still, what is intriguing and I’m betting this is THE ONE for Spring 2009 from Ann Demeulemeester is the white tee with an asymmetrical hemline and worn with a black tuxedo jacket and matching trousers accessorized with an ethno-futuristic necklace.

Not forgetting that this is spring, Demeulemeester also sent out different shades of rust orange, a very welcome sight about a sea of black and white, which was truly delightful by the way. 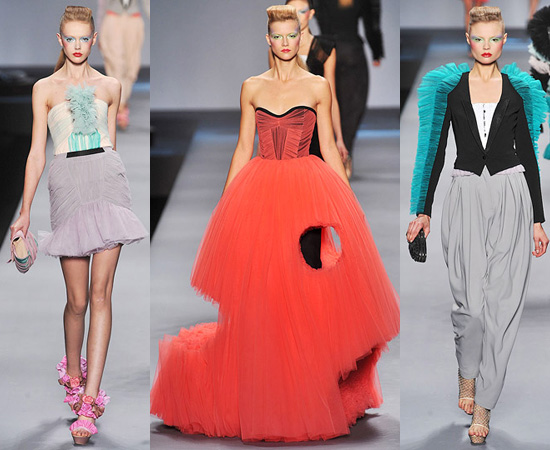 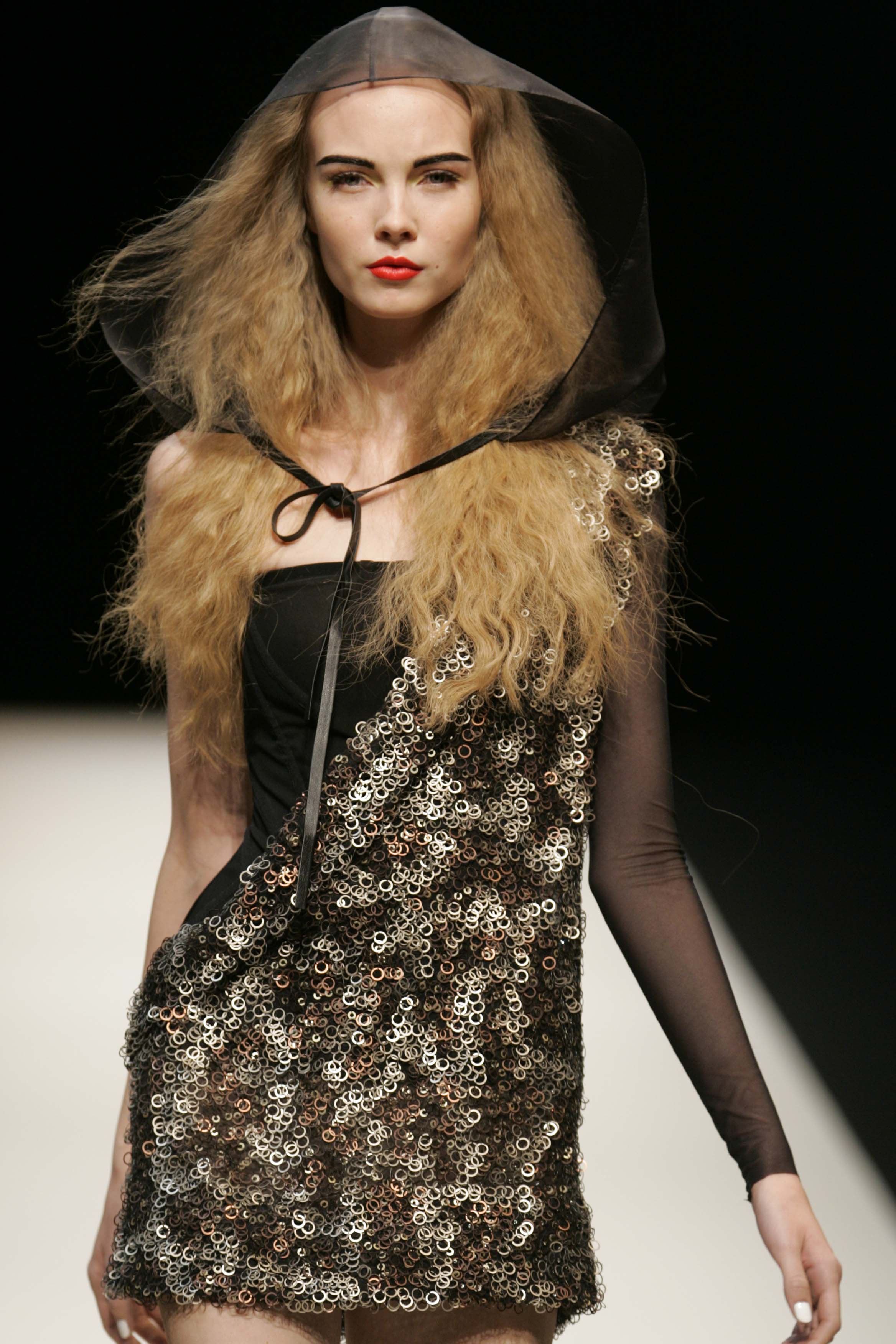