MADRID, Oct 24, 2008 / FW/ — A vagabond, a man with no origin or destination, an eternal tourist is Juan Vidal’s inspiration for Spring 2009. A collection which speaks of a man with overtones of an alternative contemporary reality linked to the magic and fantasy of lost, exotic places.

There is a mix of female and male fabrics which envelop the character with a romantic air and, in turn, emphasize the free spirit of this borderless young man. Printed silks, embroidered silks, suits and jeans in taffeta, baggy trousers in nappa, cotton, poplin and canvas are done in a color palette of ecru and different washes of white.

For drama, blues and greens and ends in wine and burgundy mixed with black were included and so did contrasting details inside garments, coordination with different fabrics and two clear volumes: a slim fit combined with a soft fit.

This is the first men’s collection where we see a personal world where the dialogue proper to a man is accompanied by a woman who responds to the same dialogue. There is less women’s development in this collection but it has nuances which are even more exotic and fantastic.

With a tailor for a father and a boutique owner for a mother, Juan Vidal began designing his first evening gowns at the age of fifteen for some of his mother’s customers.

He studied Fine Arts in Barcelona which at the end of the first cycle, he decided to take some academic notions at the Felicidad Duce Advanced College of Fashion and Design. While still a student, he showed a mini-collection at ModaFad (September 2005) where he won the prize for the best collection and which led him to show his second range at BBB (Bread & Butter, February 2006).

Pasarela Barcelona gave him the chance to present a collection professionally for the first time debuting on June 2006 his Spring / Summer 2007 collection. In January 2007, he showed his second 08 Autumn-Winter collection in the same setting.

Winter 09, he exhibited at the 080 Barcelona Fashion Showroom with a fashion show at SOUTH 36.32 N.Cadiz. At the same time, he showed a small collection at the Gaudí Bridal Fashion Show within up-and-coming designers. He is also the creative director of a women’s footwear line which allows him to design the shoes for his fashion shows. 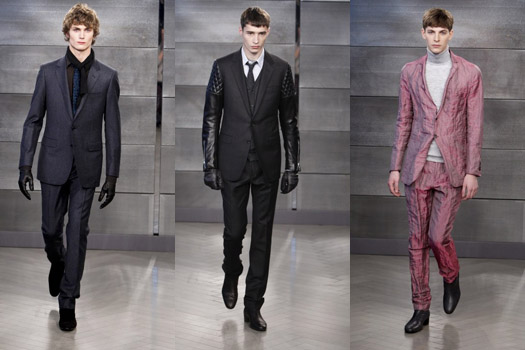