PARIS, Oct 3, 2008 / FW — Rumors that he might be retiring from fashion marred the festive atmosphere at the Martin Margiela show held Monday. Yet, even with the uneasiness among his fans that this might be his final show, the high concept collection that was a retrospective of Martin Margiela’s work and also the unveiling of his proposals for Spring 2009 more than made up for it.

Wrapping the models’ faces in body stockings gave the show that robotic mannequin feel that was eerily futuristic even sci-fi. The wide shoulders that had been Martin Margiela’s latest innovation were seen in almost all of the pieces, except for those, which were part of the retrospective.

A mini white tunic, its long sleeves attached to the dress from the shoulder to the hemline with a piece of fabric looked uncomfortable to wear; yet, one could not help but think that this is a statement from Martin Margiela.

Rumors are rife that Margiela was quitting because he was ‘tired of the permanent interference’ in the artistic direction and management of his house by Renzo Rosso, CEO of Diesel, which actually owns the majority of shares of the Maison Martin Margiela.

Perhaps, Margiela who had never been photographed and had never been interviewed either by email or fax spoke up the only way he could, on the runway! Following that train of thought, the model who was blindfolded and tied to one of the carts being pushed on the runway with an artist’s palette as her shield, making it also part of her outfit might also be a statement.

On the other hand, Renzo Rosso made a public statement that Martin Margiela is staying, thus alleviating the fears of many of the designer’s fans.

Statements aside, the show is sheer genius as Martin Margiela played on the current trends of fringes by using human hair! The sci-fi tribute was made more mysterious with the faces of the models hidden by body stockings. Androgyny became more interesting with models wearing body stockings with just a hint of drawing of denim jeans on them.

The coup de grace, the human birthday cake that was made of fabric; models hidden under it ‘walked’ it on the runway. The finale – the Martin Margiela staff in their signature white lab coats taking their bow as a shower of confetti fell from the ceiling. 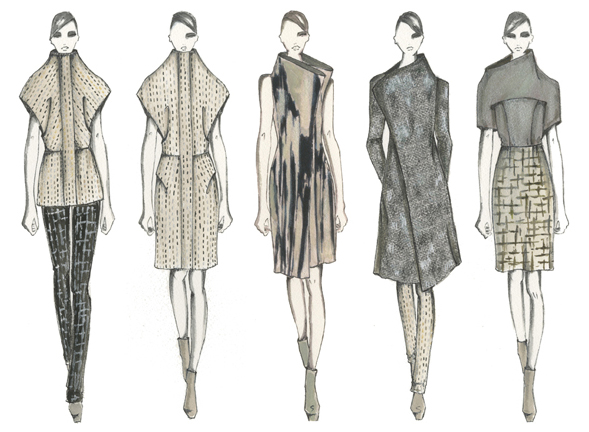 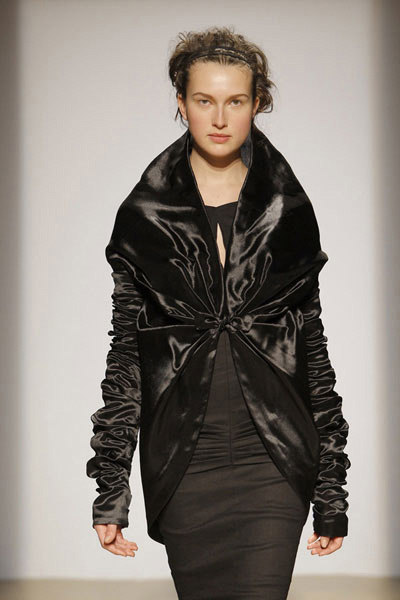