Described as ‘an olfactory homage to the duality of a woman’s nature, the intense and the ethereal,’ the scent was created by internationally celebrated perfumer Alberto Morillas, who was honored with the coveted Prix François Coty in 2003.

With musc as the olfactive signature, Alberto Morillas magically enhanced the modern heart of musc with radiant notes of rose petals, powdery notes of iris and hints of amber resulting in a floral, powdery musc fragrance.

Encased in a soft-sculpted glass, glows from within its mirrored core, created by noted industrial designer Ross Lovegrove, its elemental shapes allude to a woman’s contours to form an exquisite object of art. 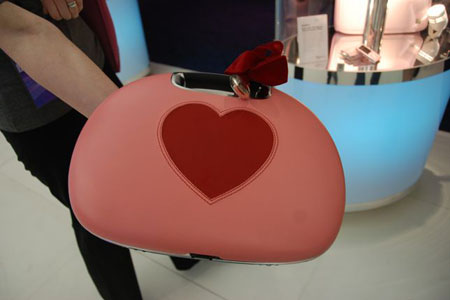