PARIS, Jan 29, 2009 / FW/ — A path paved with rose petals, beautiful women wearing beautiful dresses; it should make one dream, right? Wrong! The Givenchy haute couture Spring 2009 collection is an example of everything being right, but it still turns our wrong.

Starting with very wearable beige mini dresses with puff sleeves that exaggerated the shoulders, Riccardo Tisci then sent out white lace dresses with the designer’s signature banding underneath. Couple that with the veil / hood, Tisci’s gothic sensibilities are in full bloom. And for the final part of the collection, the Italian designer proposed floor length gowns in lilac, a floral pattern and black, again with his signature banding.

Riccardo Tisci had been at the helm of Givenchy since March 2005; he renewed his contract last February 2008, wherein he became the creative director of womenswear, haute couture, menswear and accessories. But, what he sent out on the runway last Tuesday was stale, even fusty. His ‘gothic sensibilities’ which were fresh in 2005 had gone old and musty in 2009. And the saddest part of all, with the popularity of gothic style on the rise, Riccardo Tisci should be the man of the hour.

Considered an alternative fashion for a long time, pop culture had helped gothic style to be practiced and noticed by a wider segment of the population. Beginning with the Anne Rice’s ‘Interview with the Vampire’ that starred four of Hollywood’s heartthrobs – Tom Cruise, Brad Pitt, Antonio Banderas and Christian Slater, to Moonlight, the now defunct TV series about vampires, to the Golden Globe Award winning Trublood and the sleeper hit Twilight, Goth is as popular as ever.

Because this is haute couture and we are talking about the venerable house of Givenchy, we are expecting more from Riccardo Tisci. For a long time, Tisci is the darling of the high-concept fashion scene and saying that he is doing great at Givenchy is like preaching to a choir.

Yet, four years had passed and Riccardo Tisci had not brought Givenchy to new heights, as the fashion set was expecting. And no one can say that the Italian designer was not allowed to exercise his creativity at the house. Being named Creative Director of Womenswear, Haute Couture, Menswear and Accessories had given him a lot of power.

Since assuming creative control on most part of the maison since February, the only time Riccardo Tisci put Givenchy on the fashion map was when he dressed Madonna on her ‘Sticky & Sweet’ Tour. Yet, come to think of it, that had been the pinnacle of Tisci’s achievements since he was hired.

Surprisingly enough, it is Givenchy Cosmetics, under the direction of Nicolas Degennes, which is bringing in revenue for the house. According to the third quarter Financial Reports of LVMH, Givenchy’s Phenomen’Eyes mascara, which was created by Nicolas Degennes had been mentioned in the report as a product that had supported the increase in revenue of the Perfumes & Cosmetics division.

According to other sources, Givenchy’s Phenomen’Eyes mascara had increased its sales up to 40% for the fourth quarter of 2008, but this is still unofficial because LVHM has not released yet its financial statement for the period.

As closing, if you want to see a relevant rendition of Gothic, check out Gareth Pugh’s Fall 2009 menswear collection. Now, that is being creative! 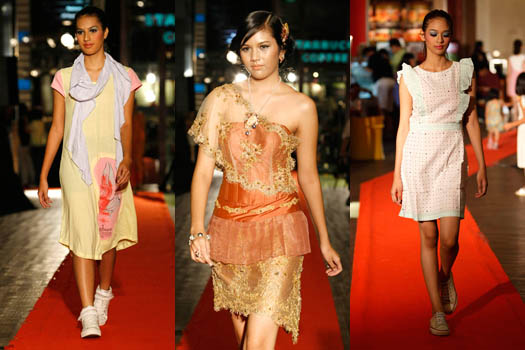 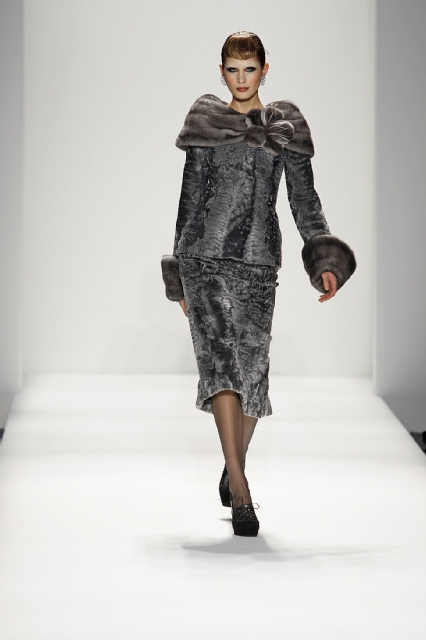