NEW YORK, Feb 17, 2009 /FW/ —- Diego Binetti brought the first weekend of New York Fashion Week to a very unique close. Once again, Binetti proved to be paving the way in not only intricate patterns and design, but also in presentation. The show began with interpretive dancing by members of the Cedar Lake Dance Company dressed in head to toe black, but the real surprise came when models were loaded onto circular platforms and pushed down the runway by these “shadows”.

Loaded with four models donning purple lipstick and metallic eyebrows, the first platform to roll down the runway presented the audience with the most prevalent theme of the evening; purple. From a classic purple silk chiffon dress to a subtle purple faux fur jacket, the first four looks carried commonalities well, while still standing strong alone. The eye catcher of the evening came next when Binetti presented the motorcycle silk jersey pants with goat suede patchwork. The classic shape paired with such an interesting combination of materials made for a perfect pant as well as a crowd favorite.

Binetti also brought subtle accents into play for his Fall/Winter 2009 show. Many looks were adorned with silver sea star buttons and broaches as well as vintage buckles and pearl accents. From the hair to the accessories, Binetti accomplished a retro feel while staying modern and insightful with the makeup and presentation.

The most striking moments of the evening came when Binetti presented his long silk fringe dress and his final look, which included an antique white Ostrich feather caplete; two very vintage looks. The show was surprisingly fluid, and as Binetti intended, the dancers were not a distraction but a delightful inclusion into an already creative work. Binetti’s work continues to change and become stronger and this show proved that he is not only a talented designer, but a creative thinker as well. 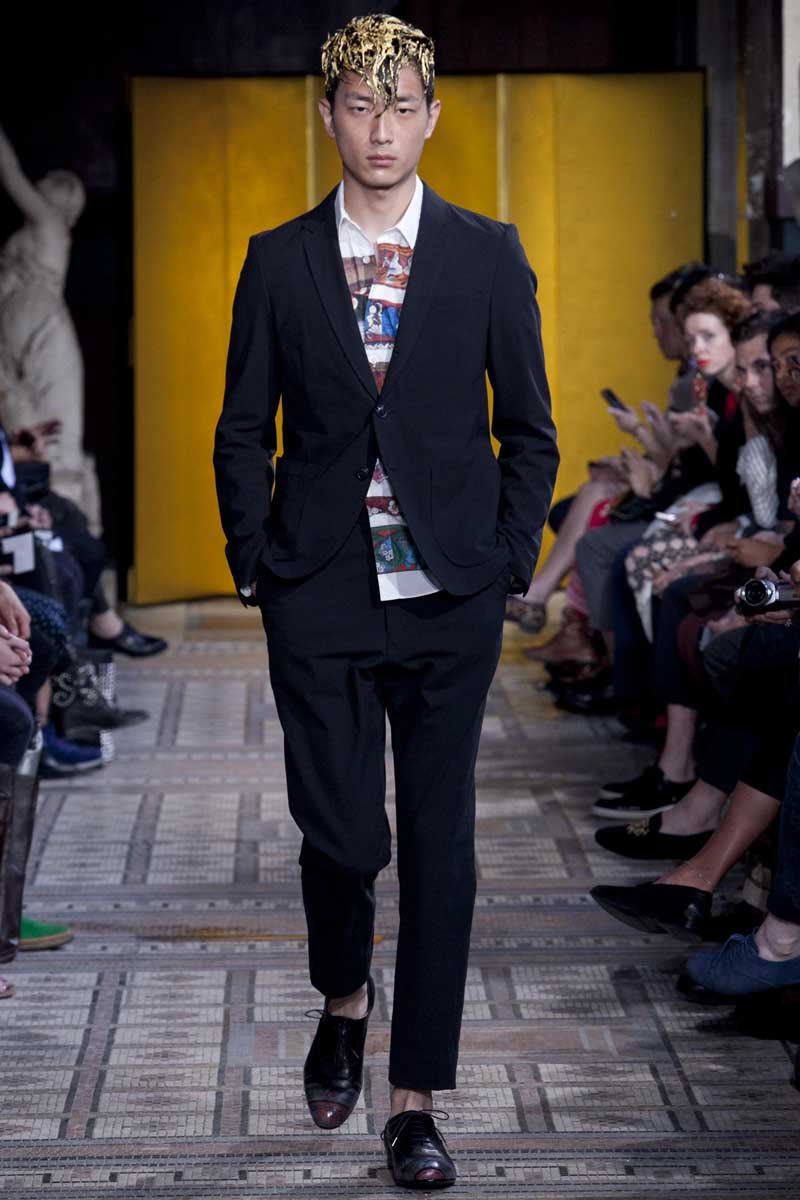 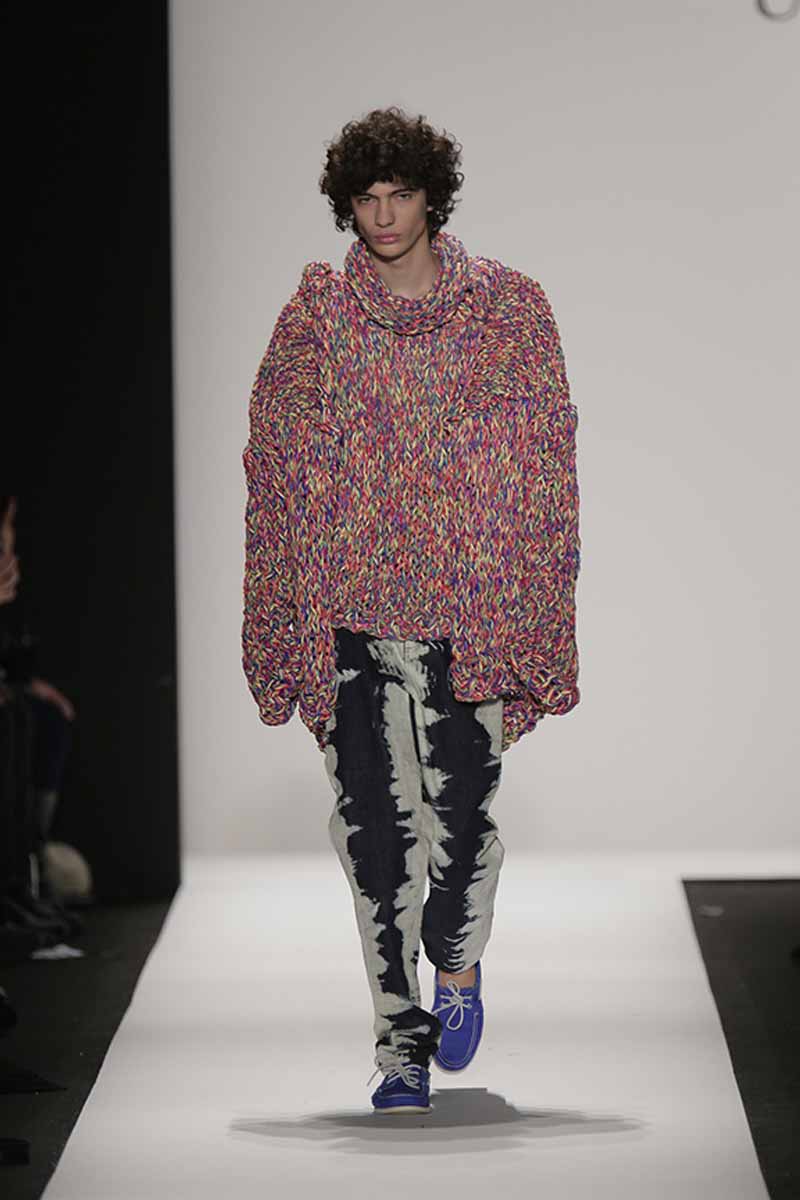