LOS ANGELES, Feb 23, 2009 / FW/ — It was almost as if the whole show was scripted, even when the winners were named. “Slumdog Milllionare” swept the Academy Awards with eight prizes, including for best picture.

Heath Ledger posthumously won the Oscar for best supporting actor for his role in “The Dark Knight,” and Penélope Cruz won for best supporting actress for “Vicky Cristina Barcelona.” Kate Winslet and Sean Penn took home best actress and best actor awards for their respective performances in “The Reader” and “Milk.”

Somehow, there was no surprise in that; and though having Hugh Jackman as host was entertaining, the 81st Academy Awards has lost its glitter in more ways than one.

Perhaps it’s because the concept is old; most of us grew up watching the Academy Awards on television. The format has not changed – Hollywood patting each other in the back. We used to sit for hours in front of the television just to know who won.

But that was before the internet and before red carpet dressing became a sport. Maybe, that’s part of the delusion. The mystery and allure of red carpet dressing had been debunked. ‘Who are you wearing’ is a tired old phrase and should actually be retired.

Still, this is Hollywood’s biggest night and in honor of their achievements of their craft, here are the winners of the 81st Annual Academy Awards:

Performance by an actor in a leading role

Performance by an actor in a supporting role
Heath Ledger in “The Dark Knight” (Warner Bros.) 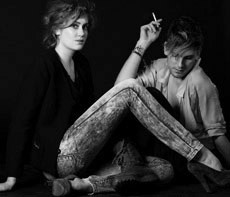