MILAN, Apr 18, 2009 / FW/ — It was almost 30 years ago when Gianni Versace via Don Johnson’s Miami Vice revolutionized men’s fashion by making men tieless. Then Hollywood made the “Revenge of the Nerds” series of movies that made wearing bowties geeky.

Ironically, a real life ‘revenge of the nerds’, call it the triumph of Silicon Valley, made being a geek and nerd adjacent cool. It took almost a decade, but now, there is a tuxedo revival and on its forefront is Dirk Bikkembergs.

For the Spring / Summer 2009 collection, a redefined guest is ready to make a remarkable entrance. Creating a hybrid of a business suit and a tuxedo, Dirk Bikkembergs proposes satin side stripes of the tapered pants not only return at the back waistband, they also appear as finish on the single-breasted two-button jacket.

The pin-striped lining of the jacket completes its sartorial character, a hallmark the designer himself gladly shares with his clients. The Bikkembergs tuxedo set is close-fitting and comes in light grey, anthracite grey, navy blue, green with subtle white stripes and black.

And to finish it off, a BOW TIE is recommended. Below is a video on how to tie one.

How to Tie a Bow Tie 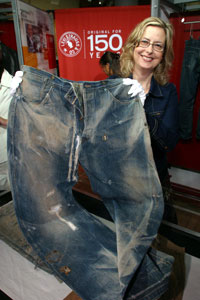