PARIS, Oct 2, 2009 / FW/ — Whether it’s a historical woman warrior like Joan of Arc or one from a legend like Bradamante, it is hard not to think of the legendary history ‘A Matter of France’ upon looking at the A. F. Vandevorst Spring 2010 collection.

Military influences from the medieval knights to today’s soldiers, designers Filip Arickx and An Vandevorst envisioned strong women for Spring 2010. Dressing them in voile and silk made them look ethereal, even sexy with their nude leggings (or should we call them stockings?) but they are also very strong with their armor-inspired underwear, wide belts and laced up brief jackets.

The term strong woman has become cliché for the past several seasons but under the skillful hands of Filip Arickx and An Vandevorst, it has taken a legendary, even mythical meaning. Definitely rooted in the past, the collection is actually modernistic, even toeing into the fantasy genre. Yet, the clothes are wearable and can go straight from the runway to the sales floor.

And quite frankly, in our search for the new silhouettes that will define this generation, this is the one that touch the digital generation the most. 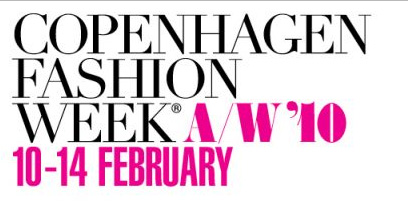 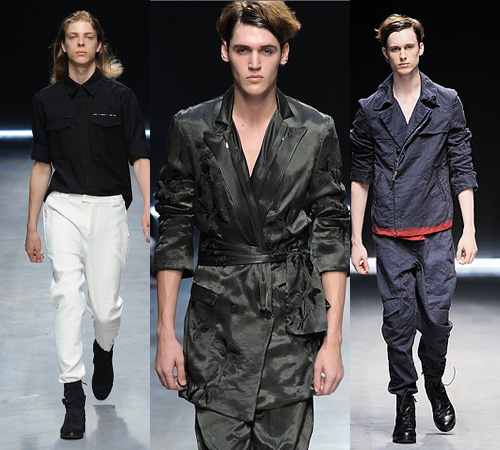 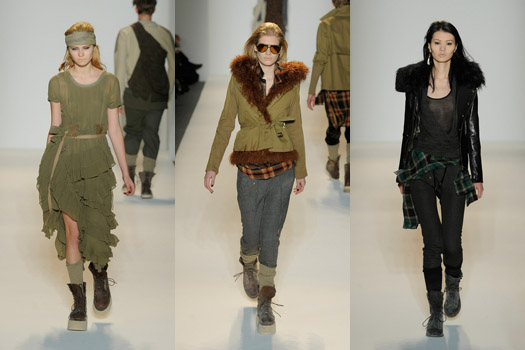