NEW YORK, Dec 22, 2009 / FW/ — Bergdorf Goodman has 11 store windows Fifth Avenue and more often than not, the pièce de résistance in these windows.

As it turned out, with the theme “A Compendium of Curiosities” even a cursory glance at the store windows, it was easy to deduce that the inspiration were Lewis Caroll’s “Alice in Wonderland” and “Through the Looking Glass”

Interestingly, these windows were unveiled the week of Thanksgiving and during the first week of December, the 6th and the 7th to be exact, the SyFy Channel had the broadcast premiere of “Alice” which is a reimagining of the same two stories by Lewis Carroll that takes place 150 years later with science fiction and additional fantasy element added.

Is it a coincidence? Or, is there a connection between the store windows and the TV miniseries? 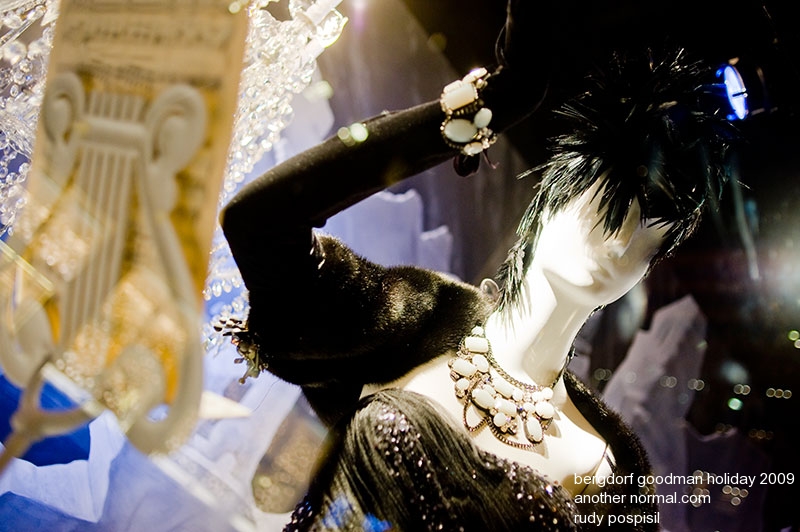