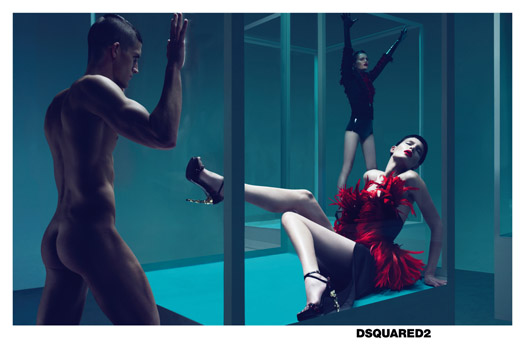 With the models represented as “mannequins in a store window”, the eroticism usually associated with nudity was expunged and thus the human body became the aseptic inspiration for Dean & Dan Caten.

Shot by Mert Alas & Marcus Piggot, the atmosphere in a modern anatomy lab was recreated. Cold and unyielding, the shots recalled a series of clinical experiments emphasized by the models being “imprisoned” in glass tanks that might as well be store windows.

The aggressive and inexpressive woman is colored almost monochromatically, balanced by an alternating palette of black and white; opposition, however, is represented by slips, latex gloves and shocking red lips.

Cotton hockey shirts and dark jeans are worn by the DSQUARED2 man, though he sometimes he is seen as bare-chested. He is strong and severe, but is still imprisoned: a concept that synergizes the F/W 2010 DSQUARED2 theme, and is one that hints at Damien Hirst’s art style. 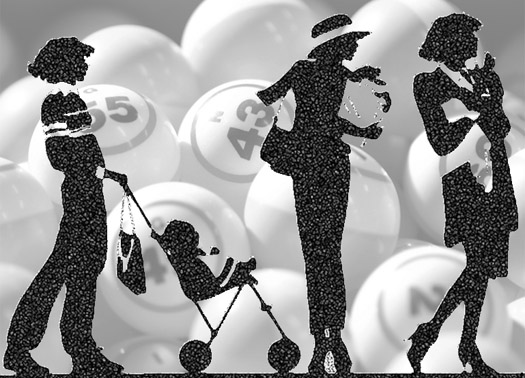 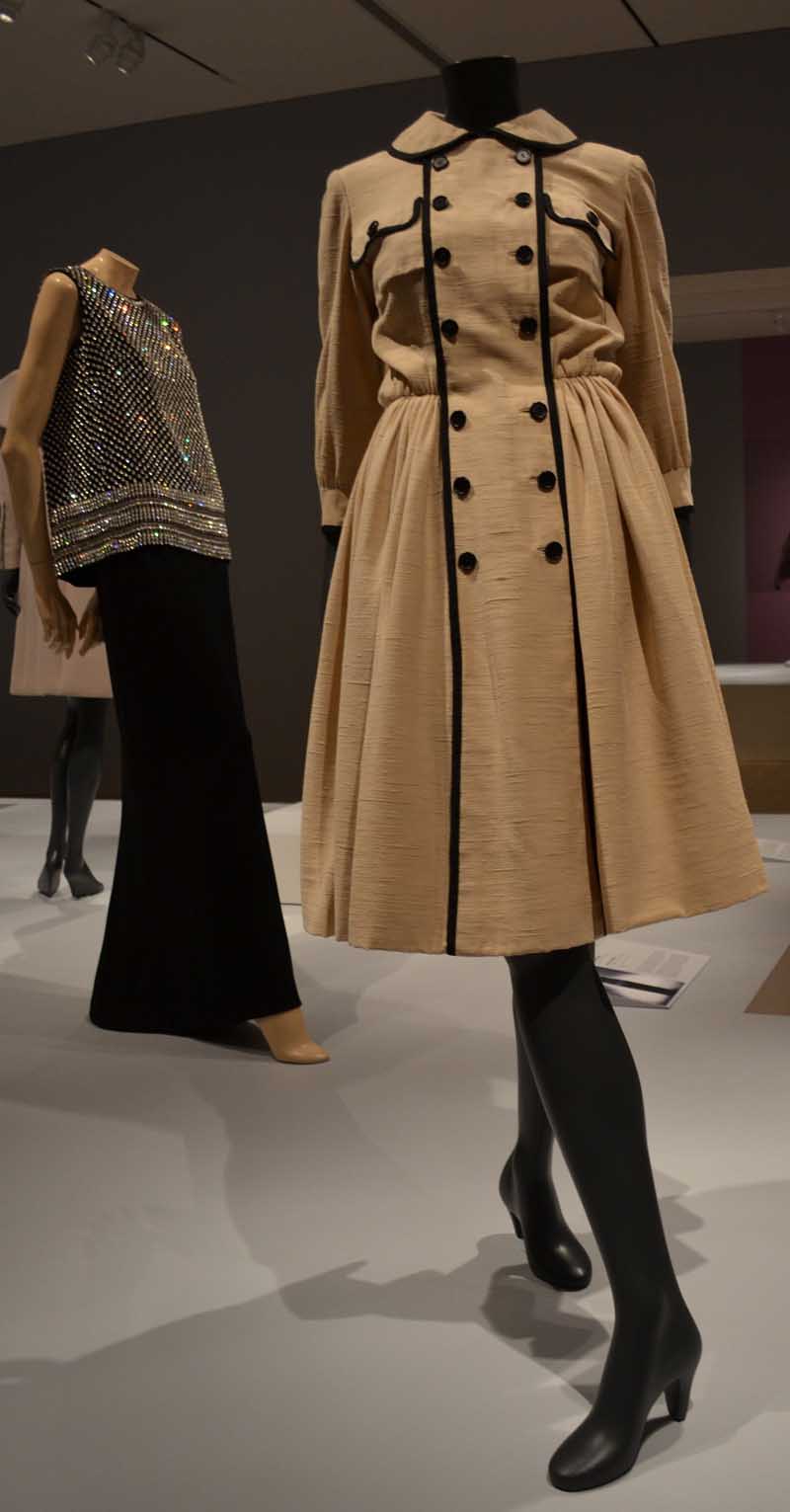