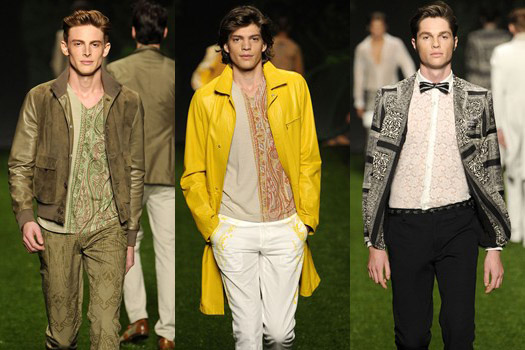 MILAN, Jun 22, 2010 / FW/ — There really is no connection between the Etro collection that has the tree of life as its motif and Robert Jordan’s book, “The Shadow Rising

” except that it’s the paperback I have with me during this trip.

A grassy runway with models wearing suits, shirts even trousers and shorts with a leafy motif just made me think of Avendesora, the Tree of Life described in Book 4 of The Wheel of Time)

If you’re asking if this comparison is relevant, perhaps it is not… except that a strong trend this season in Milan is the return of the retrosexual man.

The Etro gent is very modern yet very traditional in his view of masculinity which strangely enough, this quality is very similar to the characters of Robert Jordan’s fictional heroes. 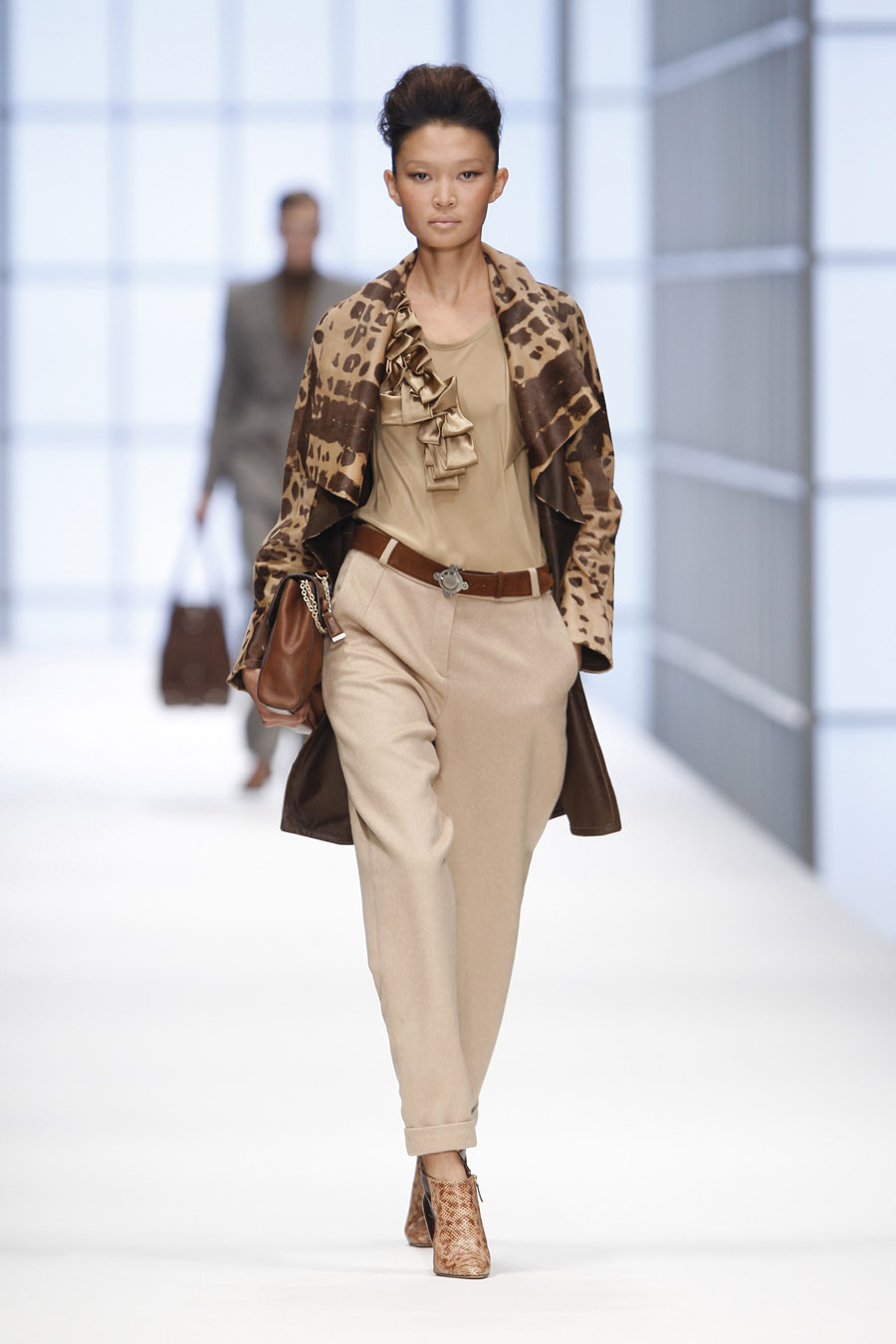