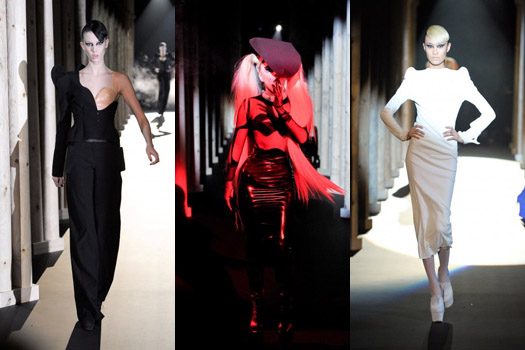 PARIS, Mar 4, 2011/FW/– Lady Gaga’s rumored performance plus the most assumed collection of the season caused for a paparazzi party and a high security demand at the Mugler womenswear debut Wednesday night, which should have been the case on the runway as well, as the show was all-the-rage, exploding with energy as models transformed into animal-like characters, clutching onto grand cathedral-esque wooden arches as they lured down the aisle in sky-high platform stilettos (hence the model trips).

Thierry Mugler’s famous peaked shoulders from the 80s placed on a pantsuit was almost a show stopper, even though it was the first look, but the liquid leather trench coat to follow kept the scene rolling.

Entertainment was the name of the game last night, as the dimmed stage allowed for diminished viewing and leaned more towards a pop concert as Lady Gaga suddenly appeared from the photographers pit sporting a triangle hat over platinum-blonde extensions, a black molded bra outfitted with a hobble skirt over a sheer black bodysuit, and a lit cigarette in hand. Sounds about right for the iconic superstar!

Latex pants, furs with exaggerated shoulders, and see through knits seem to sum up the collection that did not over-the-top wow the crowd.

We were more impressed by Lady Gaga performing her newest single, “Born This Way” in an all white corset, body suit and full length skirt. The night definitely showed that fashion can be a hyperbolized jumble of fun.

We all wonder if his pop girl will return next season, but for now, we can attest to the fact that we will be seeing her in the collection. Yes, she bought one of every color. 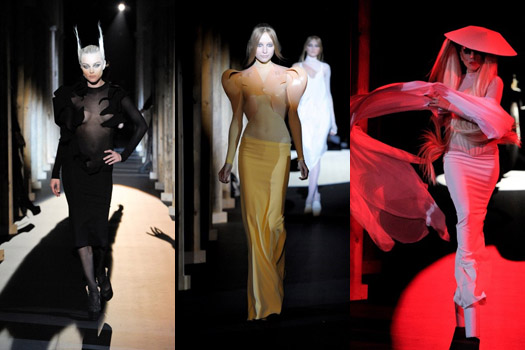 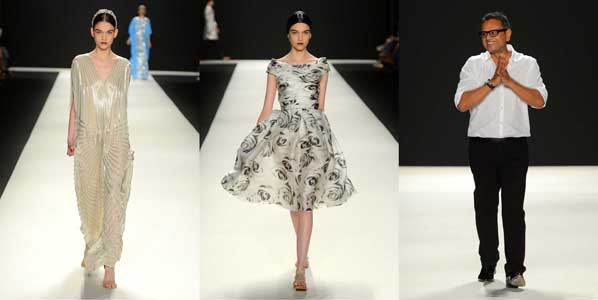 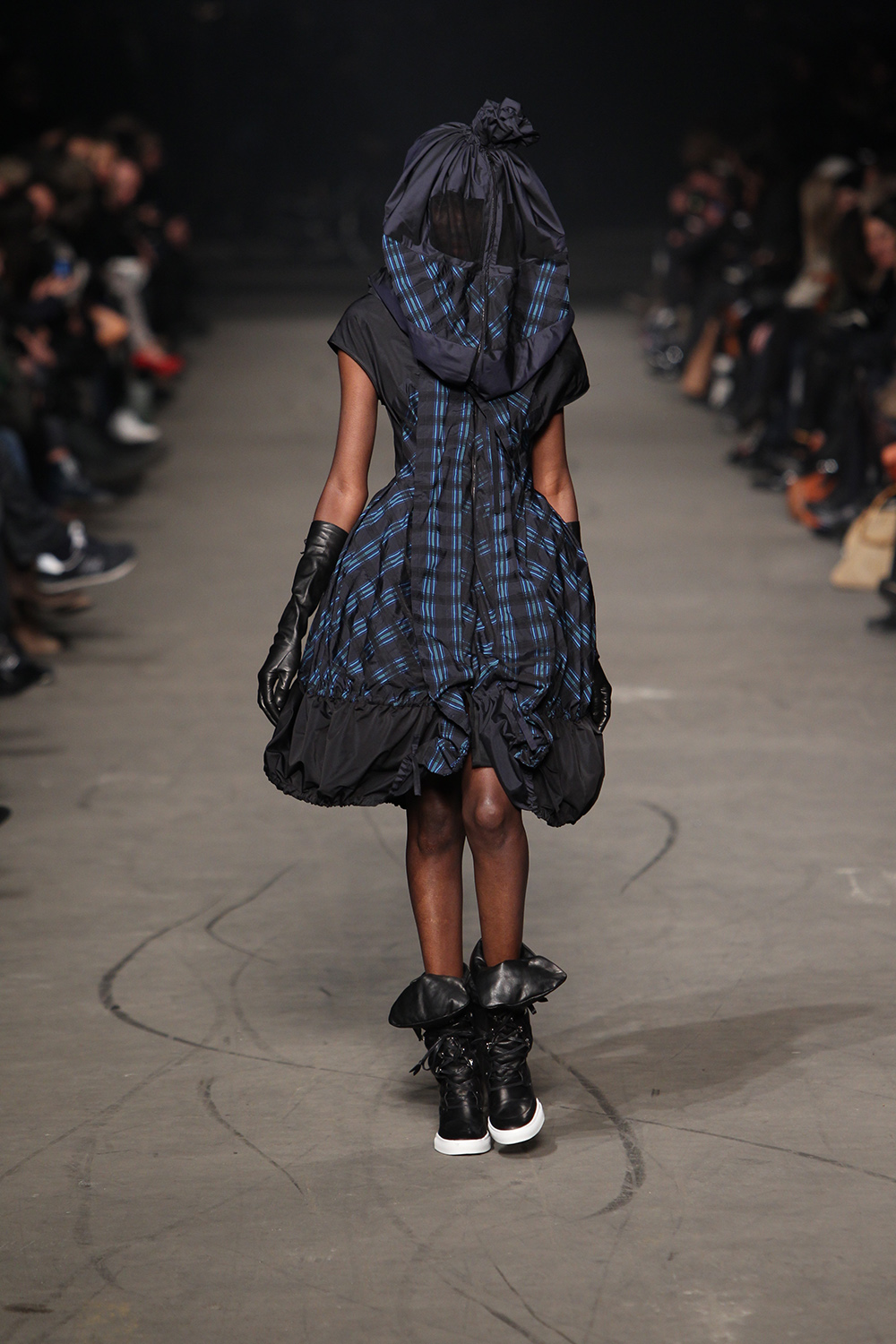