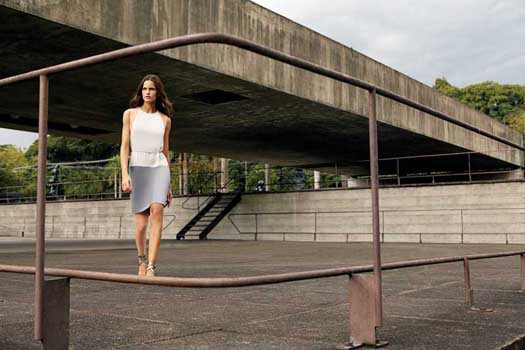 And, in celebration of this momentous event, a special ad campaign was created specifically for the capsule collection and Macy’s “Brasil: A Magical Journey” promotion.

Taking cues from the contemporary Brazilian architecture that influenced the dresses, the images were photographed on the grounds of the Museu Brasileiro da Escultura – known as the MuBE, or the Brazilian Museum of Sculpture. The clean lines of the spaces mirror the capsule’s pure, modern silhouettes.

The styles shown in the campaign are designed in sophisticated crepes and jersey in a palette ranging from classic white and shades of grey to warm hues, like guava and orange clay.

As previously announced by Macy’s, “Brasil: A Magical Journey” is Macy’s bold and colorful spring celebration spotlighting Brazilian design and culture throughout its stores across the country now through mid-July.

The “Francisco Costa for Calvin Klein” dresses are currently available in 85 select Macy’s stores nationwide, as well as on-line in the U.S., exclusively at macys.com. The manufacturer’s suggested retail prices range from $135 to $180. 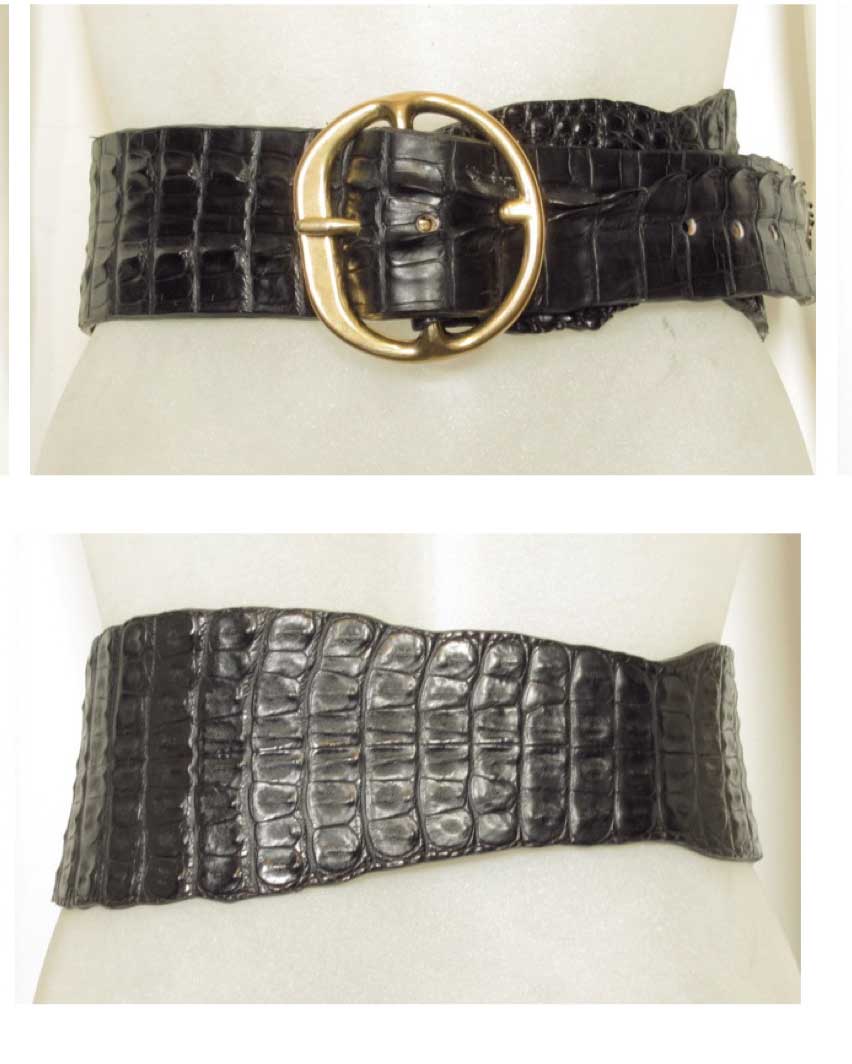 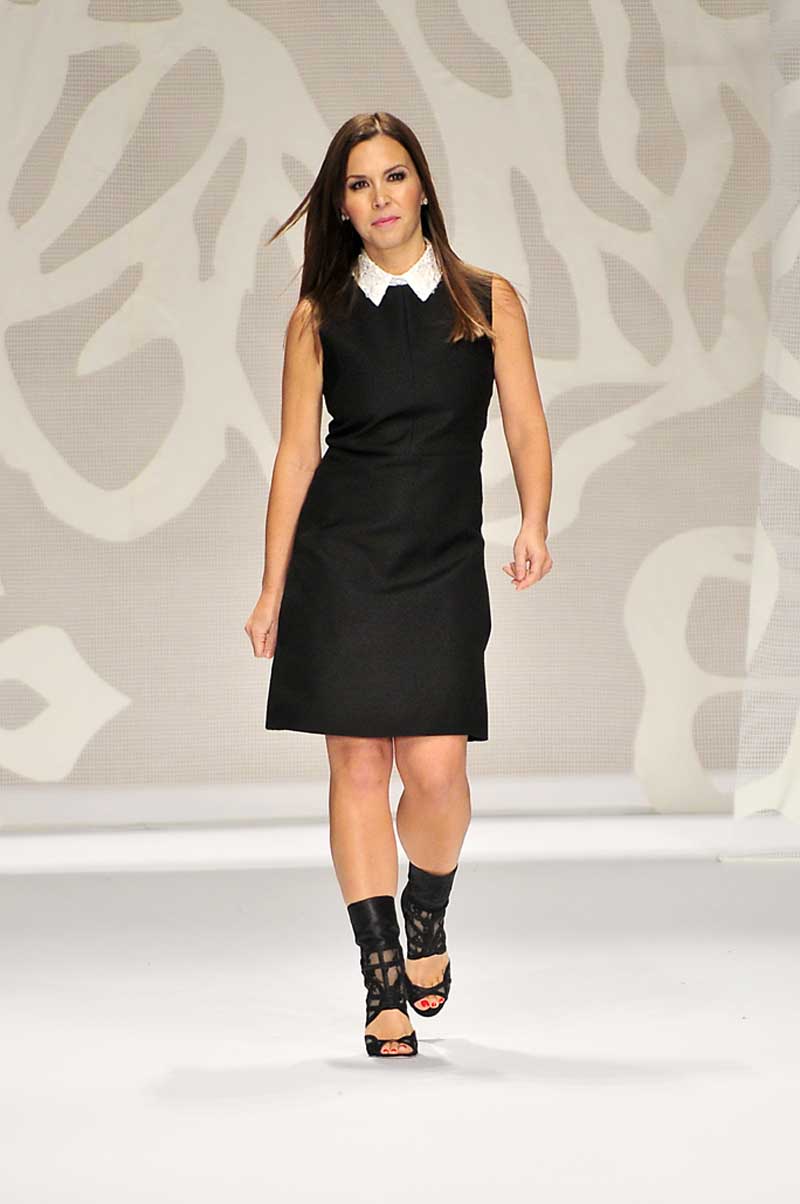