The press notes at Private Policy was thought provoking. It said, “Medicine holds a sacred place in our society. It is crucial for our survival. However, how much do we know about the pills and why are some so expensive?”

Then, even before the first model came out, the airwaves were filled with pharmaceutical ads, the same ones we hear on the radio and see on television. The soundtrack was so familiar but also different. Veteran fashion journos and editors are used to music mixes or even live music performances, but not advertisements strung together to tell a story.

When the first model came out, fashionistas sighed with relief. The first look was a grey pinstripe blazer over a grey pinstripe ring bra as the top and grey pinstripe wrap skirt. It looked like it was going to be a normal fashion show, i.e., until the model turned and a side outside pocket revealed it was holding surgical scissors.

So, into the rabbit hole the audience went as Private Policy continued its social-political brand DNA as their Fall/Winter 2020 collection aims to uncover the dark side of the American pharmaceutical industry.

Is it fact or myth? The spending of significantly more on marketing than research and development; elongating old medicine patents to raise prices; and collusion with medical insurance companies are just a few of the American pharmas’ methods to maximize profit at the expense of patients’ health.

Throughout the collection, Private Policy incorporated elements from medical industry uniforms, including lab coats, latex gloves, pen protectors and nurse scrubs. The hospital lab coats and scrubs were re-imagined to be part of our everyday clothes.

The graphics of the Fall/Winter 2020 collection further reinforce this social issue with a sarcastic tone and comic expressions. These motifs include a teddy bear running away with syringes on its back and a rabbit as a doctor on a fake medicine package.

The metaphors criticize the American pharma’s profit game, which not only leads to unfair high prices but also wastes precious time and resources for life saving medicine.

Again, to quote the press notes, “Utilizing fashion as the medium to bring awareness to the American pharmaceutical industry, Private Policy hopes to spark discussion among the youth, which is usually overlooked, because health care issues usually peak for elders. However, if the younger generation doesn’t fight for changes now, they will be affected later.”

The collection was aptly titled “Get Well Soon.” 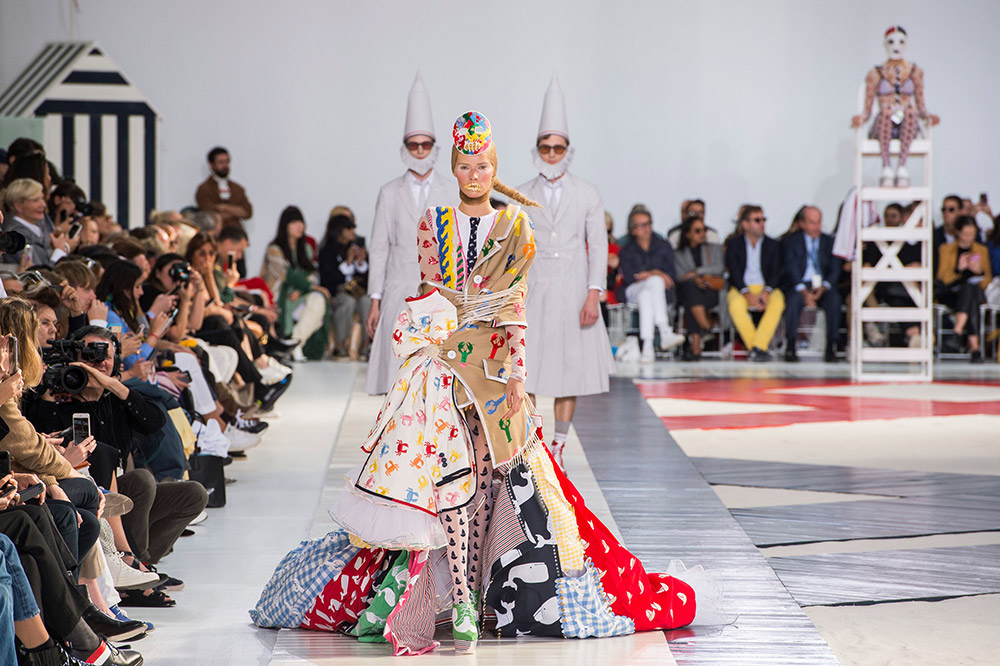