Hobeika is only one of several Lebanese designers bringing their flair and colour rich collections to Paris. Although George Hobeika is not as of yet an invited member on the Chambre Syndicale’s official calendar, he presents his collections with the same dignity as those who are. He, without a doubt, is one of the leaders of the pack of talented couturiers knocking heavily at the well guarded ivory tower doors of the French governing body of couture.

His exquisite white skirt is a work in craftsmanship. From the runway, one could look and feel the skill that was required to put this garment together. The same can and must be said of his multi-coloured skirt with light teal jacket. This jacket features massive stitching as not only aesthetical element, but also to give it that final “couture” look and feel.

His balloon top with white fox sleeves is amazing. I nearly fell from my seat as it came by. It was worn with a delicious pair of pants in satin and wide leather belt. Hobeika’s biggest strength in this collection is his tailleurs as exampled by the breathtaking beaded skirt suit with big collar and mink arm trims.

His translucent black embroidered dress caresses a woman in all the right places, while tastefully leaving the rest to the onlookers’ imagination. He gets extra quality points for his choice of baby doll style shoes. His version have high heels for an interesting twist to this classic.

The collection featured a lot of laces and many bows as detailing, and particularly on his tailleurs, which are nothing short of spectacular! If one would wonder what a modern day Joan Crawford would wear, one need not look any further fore it is more than clear that she would certainly find her greedy heart’s desire here.

His beautiful evening gowns in chiffon would be the look for the female cast members of a revived Dynasty. The gowns shown in the latter part of the show are sexy and are all blessed with great movement. They all drew great levels of applause from the audience, but none as much as Hobeika’s corseted dress with it regal mink trims.

Mink is also a dominate element in this collection. Used as trimmings around the sleeves and collars, the results show that one need not hail from the snow capped Pyrenees Mountains to understand how to create with fur or how it should be worn.

George Hobeika has gone further in his research than ever before, which is quite evident in the looks’ overall composition. His couture is not an open, out in your face kind of sexuality. It is refinement, elegance and everything that women dream of.

With this collection, when one hears the name George Hobeika, one no longer need wonder, “what is the image or what is the Hobeika look”. Elegance, refinement and colours will all simultaneously spring to mind whenever his name is mentioned in the couture circles. His is a very distinctive look that gives all women a reason to fantasize and dream of being beautiful. 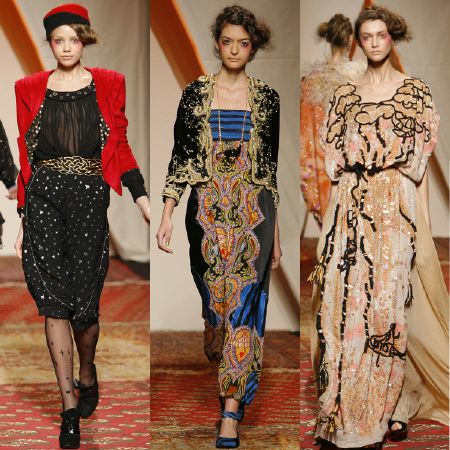 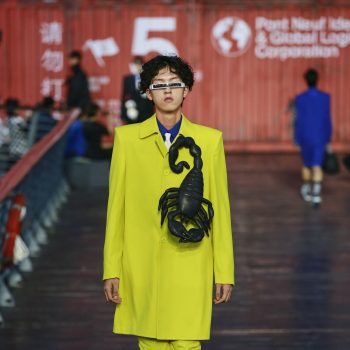