LONDON, Aug 8, 2008 / FW/ — Louise Goldin, Danielle Scutt, MeadhamKirchhoff, House of Holland and Peter Pilotto will be holding catwalk shows during the London Spring 2009 season under the auspices of the New Generation sponsorship supported by Topshop.

Danielle Scutt garnered acclaim at Central Saint Martins, 2005, where she was selected by Phoebe Philo to win the Chloe Award for best designer and picked up the Lancôme Award for Modern Femininity.

Scutt is predominantly inspired by female characteristics of power and sexuality, as never more so announced in her much lauded final MA collection. Showing a series of commanding outfits with key and now signature pieces including, canvas fitted jackets and coats with elegant puff sleeves and colossal pussy-bows that engulfed the shoulder line, pleated pencil skirts, high-waisted narrow trousers, spray-on catsuits, and second skin silk jersey leotards, singlets and vests.

Scutt delivers more than a derivative pastiche of 1980s power dressing, and cleverly employs other powerful signifiers; the confidence of oversized and eye catching prints, which often camouflage a look, including matching hosiery and shoes and belts. Each piece/look is designed to form silhouettes that cause a languid yet purposeful prowl in the wearer, highlighting sex appeal and assertiveness, the traits of the Scutt woman.

Moving on from the slogans that have established the brand, and keeping a typographic theme, House of Holland’s new motto is “PASSIO FACTIONIS, Latin for passion for fashion. Luckily Holland’s father studied ancient Greek and Latin, and could be relied upon for a translation.

House of Holland grows up from season to season so you will see more luxury fabrics than previously, with silks, wools, leather and velvet, contributing to a more mature aesthetic. After showing twice under the Fashion East umbrella, House of Holland just held their first solo show at London Fashion Week and are now delighted to be part of the auspices of New Gen sponsorship.

Henry Holland graduated from London College of Printing with a BA Journalism, starting his imaginative slogan Tees as a bit of an in-joke. Today House of Holland is sold alongside some of the world’s most sought after designers, in Dover Street Market in London, Barneys and Seven NY in New York, Lane Crawford in Hong Kong and Isetan in Tokyo.

An upbeat presence on London’s party scene, with his best friend model Agyness Deyn, Henry Holland typifies London’s emerging new wave of creative talent, intent on having fun just as much as he takes his burgeoning business seriously and astutely.

Louise Goldin graduated from Central Saint Martins with a BA in Fashion Knitwear and was swiftly appointed head of design at one of Brazil’s most established fashion houses.
She went on to take an MA in knitwear, again at Central Saint Martins, from which she graduated with a Distinction. Further accolades to Goldin’s incredible trajectory include
The Deutsche Bank’s Pyramid Award and the Chloe Award.

Louise Goldin’s debut collection was shown at London Fashion Week in 2005 as part of the Central Saint Martins’ MA show and was exclusively ordered by Selfridges. Goldin has shown twice as part of Fashion East, followed by a shared back-to-back show as part of New Gen.

Louise Goldin can be found in the world’s most prestigious boutiques including Maria Luisa, L’Eclaireur and Browns amongst many others.

English Edward Meadham and French born Benjamin Kirchhoff graduated from Central Saint Martins in 2002. Their debut Womenswear collection for Fashion East was launched in February 2006 and the pair since won another show with the scheme and further new generation exhibition sponsorships.

Their SS08 collection marked a turning point in the label, defining their aesthetic in incorporating a classic take on both bourgeois garments and hard street cultures. The woman they design for is uncompromising, nonchalantly elegant, intelligent and melancholic. Meadham Kirchhoff sells to Browns Focus in London, Maria Luisa in Paris, Opening Ceremony and Curve in both New York and Los Angeles and Space Mue in Seoul.

Austrian born Peter Pilotto and Libyan born Christopher De Vos are the designers behind the Peter Pilotto label. The design duo met while studying at the Royal Academy of Fine Arts in Antwerp.

The highly acclaimed AW08 collection presented otherworldly prints combined with soft sculptural shapes inspired by ‘the mineralogist’ (an image from 1830 that illustrated a mineralogist with all his discoveries placed on his outfit). Their customer is timeless and ageless, and it is her spirit that attracts her to mix colour and prints that are intrinsically Peter Pilotto.

The pair are entranced by the richly decorated costumes of the 1920’s Ballet Russes, the illustrations of Leon Bakst, medieval Page Boys, Byzantine Churches, warriors of ancient Rome and back to a much further future – science fiction. Peter Pilotto now sells at Colette in Paris, Matches in London, Opening Ceremony in NY and LA, and other leading stores worldwide. 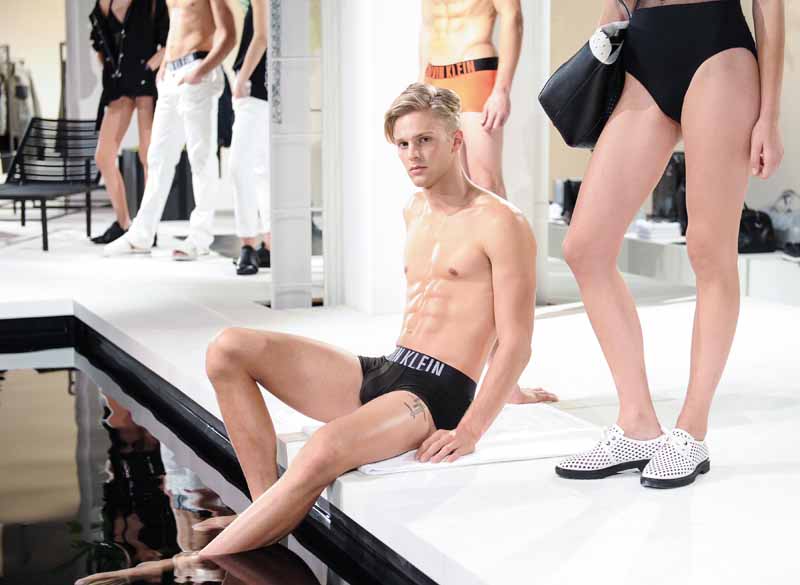