MILAN, Sep 26, 2008 / FW/ — “It all started with a wish to move on: to radically change the wardrobe, with the hope that by next summer, things have change,” wrote Lorella Signorino.

Is she clairvoyant? Or, just like ‘The Mentalist’, a new series from CBS, Lorella Signorino is a very good observer and notices even the minutest of things. The name of the label says it all too, ‘Love Sex Money’ with emphasis on money as the U.S. government’s Wall Street bailout seemed to have reached an impasse.

With her need for change, and the hope that things have changed by next summer, Lorella Signorino found herself rewriting the rules, with the a blank sheet as her starting point and finding inspiration from different of types of paper: from papyrus to the gluey back of stamps.

With white as her starting point, Lorella Signorino used different washes of beige and different shades of gray to add drama. Transforming embroideries into linings, making them on the one hand less visible, on the other hand even more precious.

Inspired by déco masterpieces, jewelry was encrusted and made part of the garment. New pastilles covered in tulle scattered with crystals while mosaics of light courtesy of crystals and white quarts were used to embellish the skirts.

Lorella Signorino rewrote the rules and she came out on top with this joyous and optimistic Spring 2009 collection.

Perhaps, Washington D.C.’s Capitol Hill should follow her example – rewrite the rules to curb the greed of the financial institutions and give the American people hope. 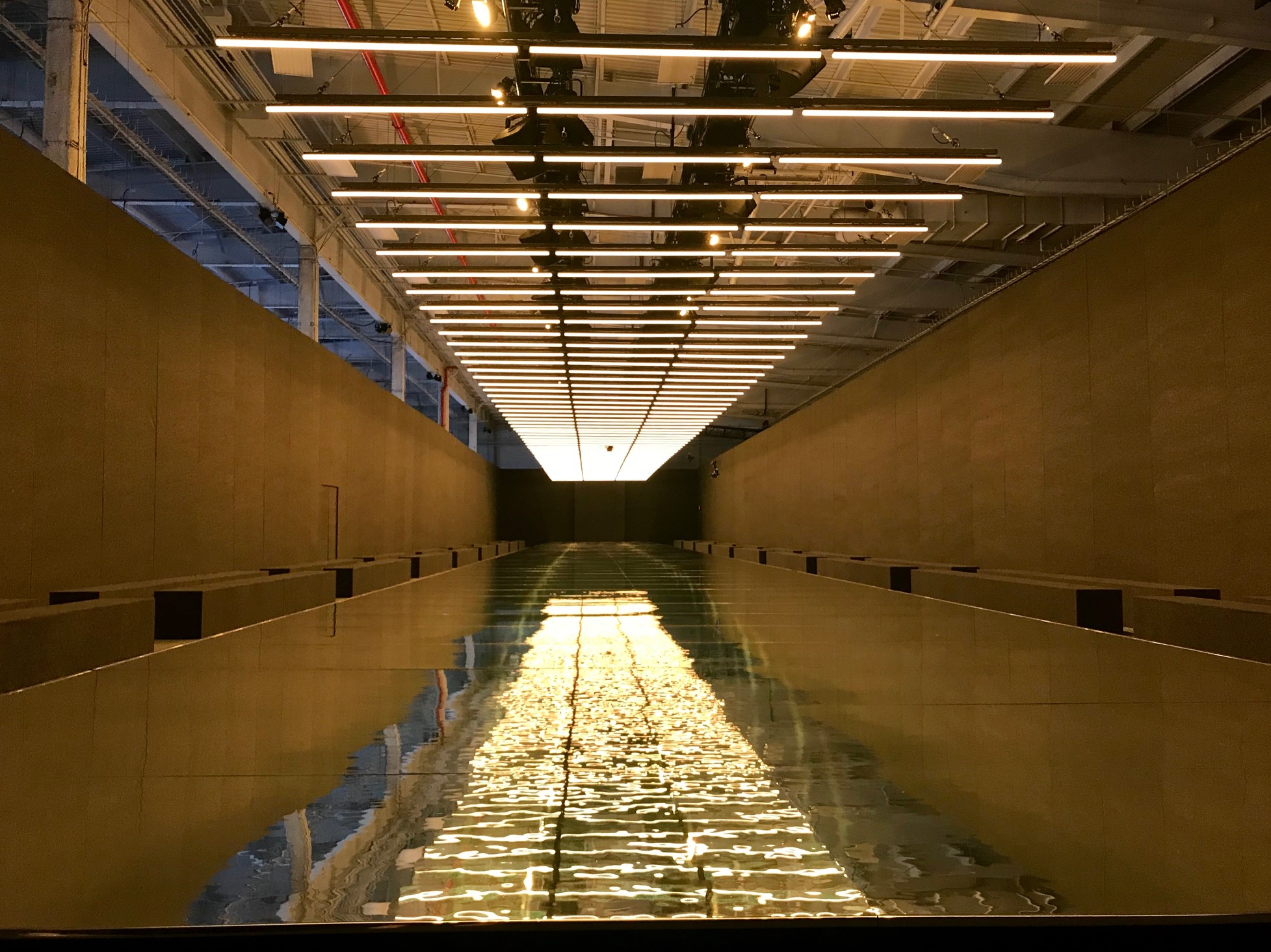