NEW YORK, Feb 14, 2009 / FW/ — Asking the question ‘How much Duckie can you get?’ Steven Cox and Daniel Silver, the designing duo behind Duckie Brown made a play on the name of their label as they sent models wearing masks and beanies with a top knot that just reminds you of Donald Duck.

The theme might have been tongue-in-cheek, even hilarious, but the collection is a fierce menswear collection that rivals those shown in Milan and Paris last month.

Beginning with the navy cashmere long tailored anarak with wide shoulders and hidden placket to the dark navy patent leather trench coat, Duckie Brown’s multiple variations of the coat are already winners. Neither too avant-garde nor too conservative, Cox and Silver found the perfect between luxurious clothing without being ostentatious.

New this season is their version of cargo pants wherein the pockets are actually in front! What is it with men and their pockets? They just cannot get enough of them! The pockets are quilted and proposed right on the knee level, thus it can also double as padding especially with its quilted look.

Speaking of quilting, Duckie Brown also proposed quilted jackets, giving a nod to the quilted look trend that is very strong in menswear this season. While keeping the Euro aesthetics, Duckie Brown also added the American woodsman look, thus making it stand out.

Beautiful, strong and decisive, this collection is a real winner. Yet, somehow, I feel that Duckie Brown’s attitude of always pushing the envelope is missing. Perhaps it is a sign of the times, a reaction to the current economic situation.

Cox and Silver still proposed innovations, but somehow, I feel that they held back a little. I have been a big fan of their work since the very beginning and seeing two of my favorite designers being forced to temper their exuberance due to the credit crisis really brings the message home of how much the current socio-political-economic situation is affecting fashion. 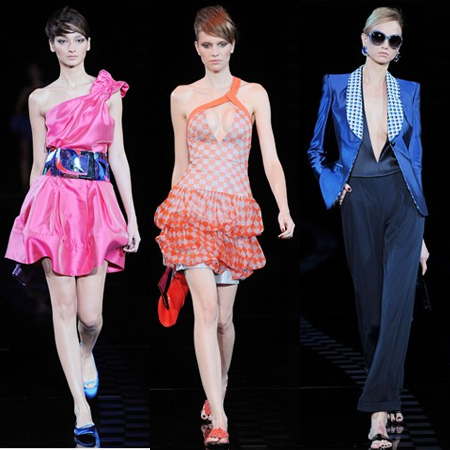