After graduation, he trained under Mary Jane Marcasiano and Ronaldus Shamask, and 5 years later, in 1989, he launched his eponymous label with a modest collection of bright sarongs, strong suits and regal dresses, he opened his own atelier.

His unique color sense that brought the tropical colors of Asia on the runway translated to exuberance in his designs that quickly captured the attention of the New York fashion elite.

In 1990, Zang Toi won the Mouton-Cadet Young Designers Award, which was established by Baroness Philippine de Rothschild to recognize new talent. On March 30, 1997, the King of Malaysia presented him with his Knighthood, with the title Bentara Seri Kelantan.

And in October 2002, the Malaysian-born designer was recognized by the International Center of New York, an organization dedicated to the advancement of immigrants for Toi’s achievements and contributions.

In his acceptance speech for his award from the International Center, Zang Toi said, “Lastly, to every immigrant who came here to pursue the “American Dream”… always dream big! If a small town Kelantanese boy from Malaysia can make it here, you too, with hard work, discipline and determination can also achieve great success and happiness.”

One of the most sought-after designers in New York and clothier to celebrities that include Sharon Stone and Ivana Trump, Zang Toi embodies the American dream.

He has two signature lines, Zang Toi and House of Toi, both of which are sold at Nordstrom, Neiman Marcus and specialty boutiques in the U.S and around the world. Zang Toi also has freestanding stores in his native Malaysia. 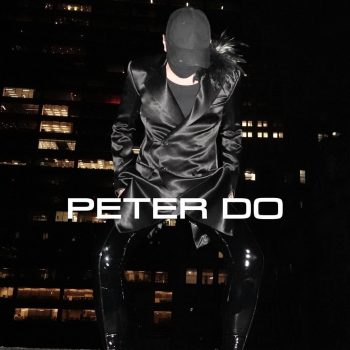