But Lopez has been on fire since July 2008 when renowned photographer Steven Meisel put her on the cover of the anticipated Black issue of Italian Vogue with three other models, including Naomi Campbell.

The landmark issue sold out within days of hitting the newsstands and was titled “The Most Wanted Issue Ever.” Lopez has since graced the pages of almost every issue of Italian Vogue, the cover of Muse, Allure, V, W and I-D magazines and there is still plenty more editorial to come.

Sessilee Lopez continues to be on high demand, landing a coveted spot in the newest CK One campaign shot by Steven Meisel. There is also a hot and sexy CK One television commercial featuring Lopez that will launch on January 20, 2008.

And when the womenswear season begins next month, expect to see the New York-based model on the catwalk from her home city all the way to Paris. Sessilee Lopez had walked for Karl Lagerfeld, Lacoste, FENDI, Marc Jacobs and Diane von Furstenberg and she could easily get casted once more by fashion’s most recognizable names. 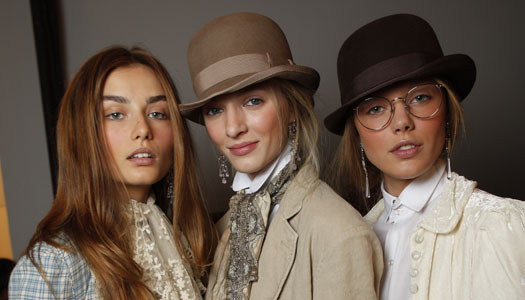