Halston, whose friends included artists such as Andy Warhol, was born in Des Moines, Iowa but attended Bosse Highschool in Evansville, Indiana and spent one year at Indiana University. He studied art in Chicago, focusing on designing hats.

Some of Halston’s evening wear had very simple lines. There is the red flowing evening gown and stole from the 1980s made of silk chiffon. Yet he could have fun with evening wear, as seen in the magenta jacket with the sculptural shape of protective dinosaur plates worn over a stream-lined long black skirt.

An over-the-top black evening ensemble is made of layers of poufy tulle. This, along with the dinosaur-wear, are from the 1980s. The cloud dress, circa 1983, is a long cap-sleeved sheath, which is constructed with gray and cream silk jersey sparkling with iridescent sequins. It is sparkling simplicity with its subtle graphic clouds.

Norell, Blass, Halston, and Sprouse spent years of their youth in the heartland of the USA— Indiana. Common to these four was the drive to design from a young age. Being born out of the range of the fast lane did not deter them. They grew beyond the heights of the cornfields. Today the vintage clothing market has a strong following. Items from all of these designers go for a premium. They are important to the heartbeat of American fashion. I was pleased that the Indianapolis Museum of Art chose to honor their “home-boys” with an exhibit.

P.S. Located at the University of Indiana is the Elizabeth Sage Historic Costume Collection.
Their collection holds examples from Norell, Blass, and Halston. In the future they hope to include pieces from Sprouse. 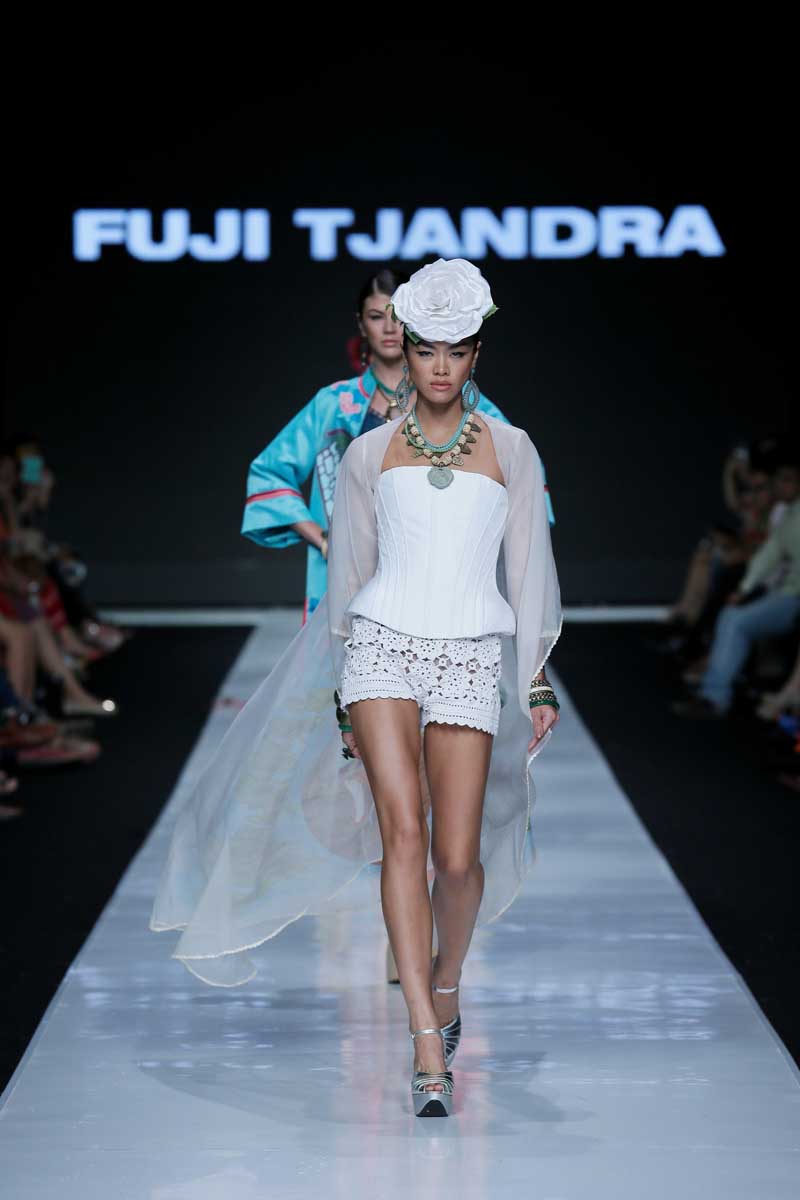